Just yesterday Kartik Aaryan yet again managed to amaze the netizens and his followers with an interesting post on Instagram. He posted his iconic Chintu Tyagi click from Pati Patni Aur Woh and used a face-app on it to make him look older.

And looks like we already have two gorgeous candidates to join Aaryan to age gracefully and make a franchise out of an iconic Amitabh Bachchan and Hema Malini film. First up is joining his reel patni, is Bhumi Pednekar. The actress who was last seen with Kartik Aaryan in Pati Patni Aur Woh, posted a click from Saand Ki Aankh and captioned the picture saying, ‘@kartikaaryan sir sending my enquiry for your films casting. Full show reel also available sir , film called Saand Ki Aankh. Please Cast me in your film sir #JustForFun #StayPositive.’  Like a true-loyal patni, Bhumi wants to be by Kartik’s side when he grows old and needs a companion on the big screen. She dropped a comment on his post saying ‘Sir please check my profile,’ to which Kartik very wittily replied saying, ‘@bhumipednekar Thank you. We shall call if you’re shortlisted.’ 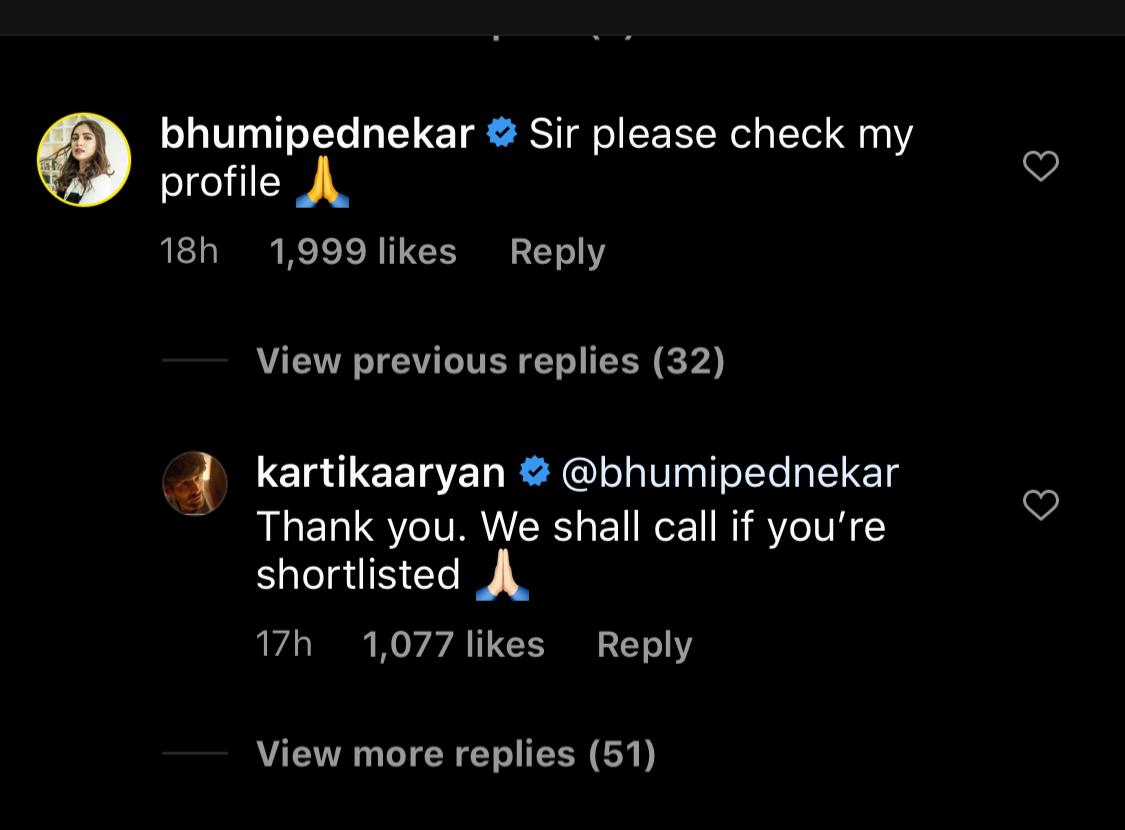 And his charm is surely infectious, his Dostana 2 co-star Janhvi Kapoor too took to social media and dropped a comment saying, ‘Sending my entry. Hope I’m too old for the part (baby emoticon) Can do kathak and have a valid passport.’ Whoa! Now looks like Aaryan’s leading ladies are surely interested to be a part of this fictitious sequel to Baghban and we’re enjoying this Bollywood brigade engaging with Aaryan in a fun way for his hilarious post. This man and his charms are legendary. 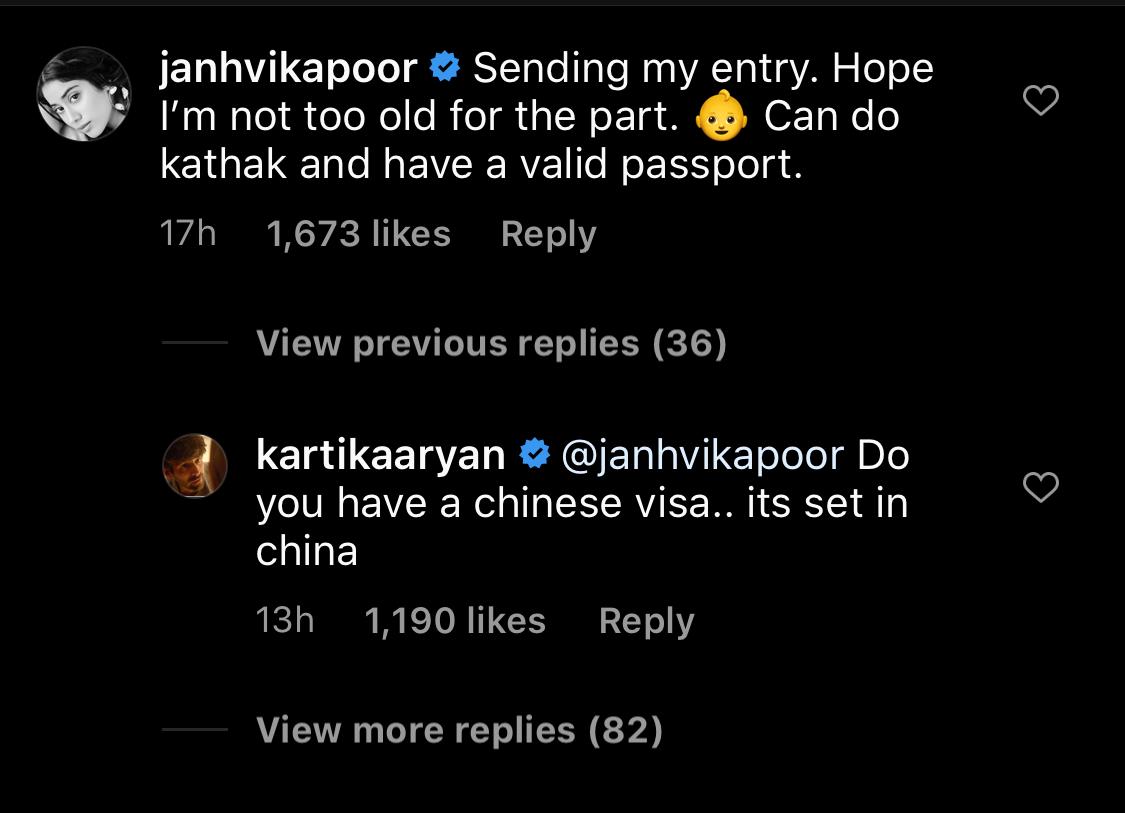 Unlock 1: Makers of Ajay Devgn's 'Bhuj: The Pride Of India' to resume