Priyanka Chopra, former Miss World has defended beauty pageants at a time when their relevance is being reconsidered and is up for debate. In an interview to UK’s leading magazine, she said that appearing in pageants boosted her confidence and gave her a launching pad. Priyanka won the crown in the year 2000 when India won all the three international beauty pageants, namely Miss Universe (won by Lara Dutta), Miss World (Priyanka) and Miss Asia Pacific (won by Dia Mirza). 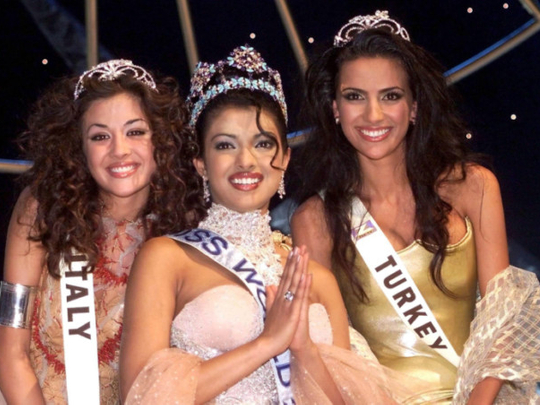 Priyanka made her acting debut soon after winning the Miss World Crown opposite Sunny Deol in the film The Hero: Love Story of a Spy. She went on to do a series of successful films such as Krrish, Don, Don 2, Kaminey, 7 Khoon Maaf, Barfi!, Mary Kom, Bajirao Mastani, Dil Dhadakne Do, The Sky Is Pink and several others before she turned her sight to conquering Hollywood.

She has become a household name in Hollywood after her successful ABC series Quantico wherein she played an FBI agent. She made her Hollywood debut in Baywatch opposite Dwayne Johnson and Zac Efron and followed it up with A Kid Like Jake and Isn’t It Romantic. She has multiple international projects lined up, such as a romantic comedy with Mindy Kaling, Matrix 4, Robert Rodriguez’s Netflix superhero film, Ramin Bahrani’s adaptation of the White Tiger co-starring Rajkummar Rao, and a Maa Anand Sheela biopic