Advertisement
HomeBOLLYWOODENTERTAINMENT NEWSNot Varun Dhawan but Tiger Shroff to reunite with Remo D'Souza for his next dance-themed film?

Not Varun Dhawan but Tiger Shroff to reunite with Remo D'Souza for his next dance-themed film?

Remo D'Souza, while handling his choreographing duties, has emerged as a director to look out for. From thrilling action dramas to dance-themed silver screen spectacles, he has done it all. While his recent release titled Street Dancer 3D starring Varun Dhawan and Shraddha Kapoor received a thumbs-up from the critics, it ended up doing a lukewarm business at the box-office. Living up to the saying of 'the show must go on', Remo has begun working on his next. While it remains to be a gossip that his relationship with Varun went sour post Street Dancer 3D's failure, reports suggest that the filmmaker has roped in Tiger Shroff in his upcoming venture. According to the buzz, Tiger and Remo who worked together on The Flying Jatt are up for a collaboration. A source close to the development informed that post the superhero film, the actor-director promised to do a proper dance-based project. However, Remo got busy with ABCD 2, Street Dancer 3D and Race 3. Now that the two are masters of their craft, they are ready to give it a green signal, if reports are to be believed.

“Remo and Tiger have worked together in a superhero film The Flying Jatt. They had promised to do a full-on dance film in future together. Remo got busy with Varun and ABCD 2 and then Street Dancer, and with Salman Khan in Race 3. Tiger and Remo are ready now to come together for a dance explosion.” 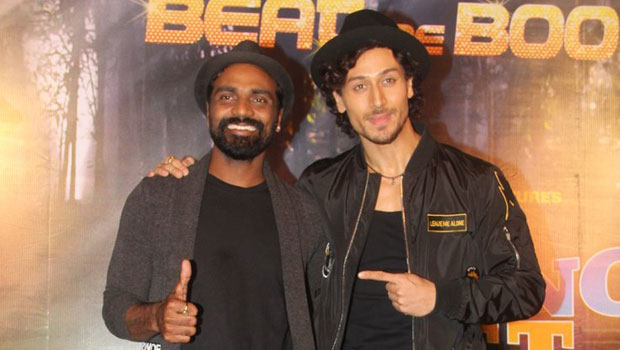 Well, if the reunion happens, it will surely be a moment to rejoice for fans of Tiger and Remo. So let's wait and watch for an official announcement.

Workwise, Tiger will be seen in Baaghi 3 with Shraddha Kapoor, Riteish Deshmukh, Jackie Shroff and Ankita Lokhande. The Ahmed Khan directorial will release on March 6, 2020.