Ayan Mukerji’s upcoming fantasy drama Brahmastra starring Ranbir Kapoor and Alia Bhatt in the lead has been in the news ever since it was announced. Now, the latest buzz is that apparently, Ranveer Singh and Deepika Padukone were also approached for the film. Reportedly, Deepika and Ranveer were asked to play Ranbir’s parents in the film.

Yes, you read it right. However, there are strings attached. As reported by a news portal, Brahmastra is written in a way where many characters that do not have a starring role in the first part will appear in the next two films of the trilogy. Ayan needed two actors in their mid-30s to step into Ranbir’s parents’ roles. 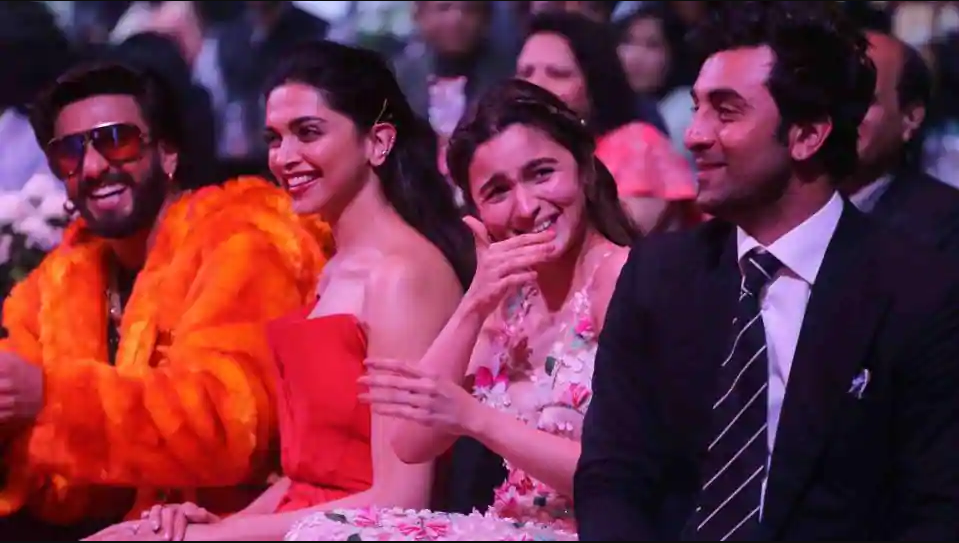 RECOMMENDED READ: As Deepika Padukone slips into the skin of Kapil Dev's wife Romi in her look from Ranveer Singh's '83, here's a pictorial recap of the iconic couple's real-life chemistry

As reported by the portal, Ayan had approached the two superstars to play Ranbir aka Shiva’s parents but there is no confirmation about the same from the makers. Ranbir plays a man with superpowers in modern-day India who becomes orphan when he is small, so Ranveer and Deepika would have played their own age. The portal further reported that Deepika and Ranveer have a cameo in part one but their backstory comes into light in the second installment of the film. However, since neither DP nor Ranveer have given their nods to the film, the team is scouting for another A-list actor and actress to do the roles.

Brahmastra also featured Amitabh Bachchan, Nagarjuna Akkineni, Dimple Kapadia and Mouni Roy in pivotal roles. Reportedly, Shah Rukh Khan has also been roped in to play a cameo in the film. The film has finally got a release date after numerous postponements and is slated to release on December 4, 2020.