Shilpa Shetty, on the occasion of Mahashivratri yesterday, welcomed her second child, a baby girl via surrogacy. The actress who is married to businessman Raj Kundra and is a mother to a 7-year-old Viaan Raj Kundra, shared the news of the arrival of her daughter on Instagram. Named Samisha Shetty Kundra, Shilpa revealed the meaning behind the Sanskrit-Russian name as 'to have someone like God'. Calling her the Laxmi of their house, Shilpa expressed her gratitude and shared a glimpse of Samisha. Samisha, as Shilpa announced, was born on February 15, 2020.

Speaking to a leading daily, Shilpa informed that she and Raj were prepared well in advance. “We had been trying for second child for five years. I had signed Nikamma and had committed my dates to Hungama when I got the news that in February, we were going to be parents again. We cleared our work schedules for the whole month,” she shared. 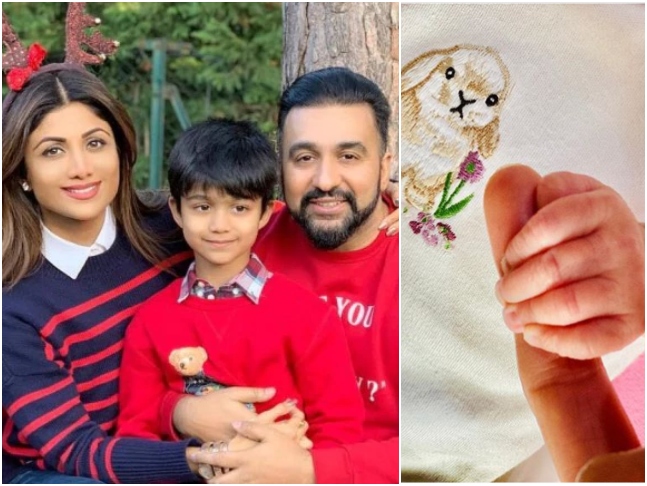 Recommended Read: On the occasion of Mahashivratri, Shilpa Shetty welcomes her daughter Samisha via surrogacy, shares a glimpse of her on social media

Shilpa went on to add that thanks to her “fabulous team and manager” everything was planned to the final detail. “They helped me complete most of my work before I took the long break in February,” said the actress, who reportedly welcomed the child through surrogacy.

When quizzed about the name of her daughter, Shilpa informed, “I came up with it when I was 21. I had always prayed for a daughter.” In her Insta post, she explains that the name is made up of the Sanskrit word ‘Sa’, which means ‘to have’, and ‘Misha’, which is Russian for ‘someone like God’. “You personify this name - our Goddess Laxmi, and complete our family,” she wrote.