Vicky Kaushal’s film Bhoot Part One: The Haunted Ship is going to send a shiver down everybody’s spine tomorrow as it hits theatres. However, prior to the public release of the film many celebrities have lauded Vicky and director Bhanu Pratap Singh for making a truly scary film.

Now, Vicky’s rumoured girlfriend Katrina Kaif has showered praise on Vicky and the producers Karan Johar and Shashank Khaitan. She took to Instagram to praise Bhoot Part One: The Haunted Ship and called it ‘outstanding’ and a ‘must watch’. 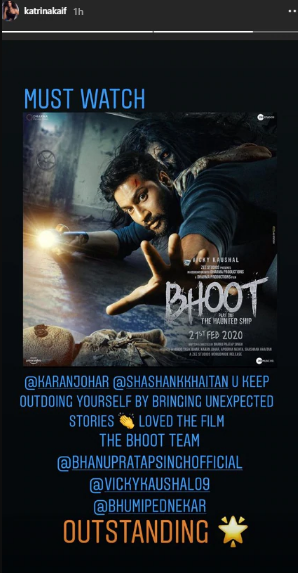 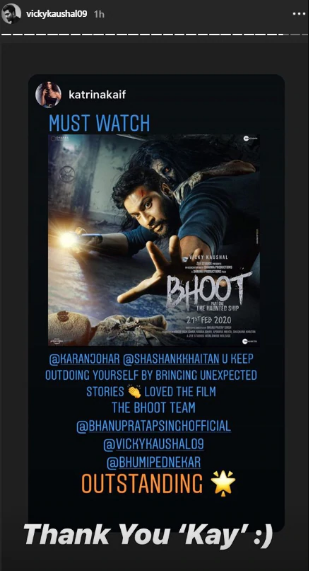 Bhoot Part One: The Haunted Ship also stars Bhumi Pednekar and is the first film in a trilogy.