This Friday, the box-office finally sees the release of the much-talked about film Love Aaj Kal. Imtiaz Ali’s latest film has been in the talks for the longest time for it’s lead pair and their on-and-off chemistry off the cameras. Today as the film releases, people have been raving about the filmmaker and his modern take on complex relationships, the chemistry and the highlight being Kartik Aaryan’s double-act.

Kartik plays two characters in this film – Raghu and Veer – both who have similar take on love and yet different. The characters portrayed by him is something very unusual that the actor has done before. He shines in LAK and surprises his fans with his naïve act as Raghu and his matured act as Veer. Kartik as Veer, makes audiences sit back, notice his mettle and remind us of the great act Imtiaz's other actors have done before. His performance surely reminds us of Ranbir Kapoor from the filmmaker’s earlier films (Rockstar and Tamasha). Kartik clearly proves in Love Aaj Kal that, as an actor, his versatility is great and this bromantic-hero, can transform into romantic hero in true-blue Bollywood style. 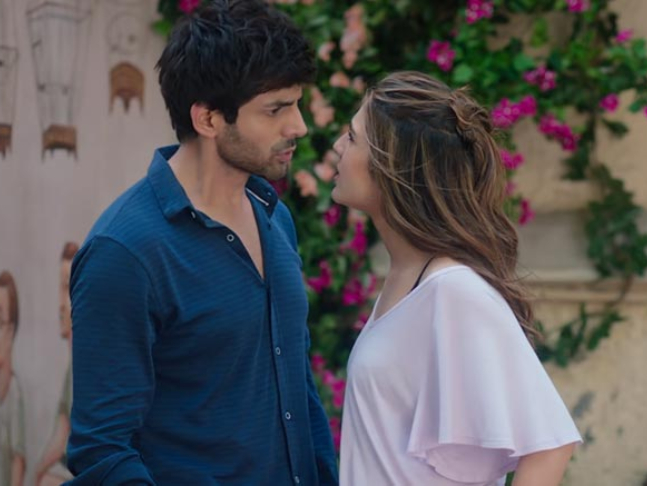 Critics have given a thumbs-up and even said that he has lived up to the filmmaker's earlier heroes, who are known for their class act and portraying complexities. We must say that Kartik has come a long way as an actor right from being a Punchnama hero. The actor has now more big films lined up for releases for 2020 including Bhool Bhulaiyaa 2, Dostana 2 and others, and we can’t wait for this actor to entertain us.