What an amazing feeling to watch my child on the big screen: Pooja Bedi shares her emotional reaction to daughter Alaya F’s debut film ‘Jawaani Jaaneman’

Alaya Furniturewalla is the new star kid on the block and has already gained applause for her acting and screen presence from the trailer of her debut film Jawaani Jaaneman that stars Saif Ali Khan and Tabu in the lead. A special screening was held for the film yesterday and it turned out to be a family affair as Kareena Kapoor Khan as well as Alaya’s parents Pooja Bedi and Farhan Furniturewalla came to watch and support the stars.

Pooja who came with her fiancé Maneck Contractor was quite emotional for her daughter’s debut. She tweeted after watching the film and wrote, “So emotional!!!! Watched #JawaaniJaaneman with cast crew & family. I’ve laughed & wept &been filled with a multitude of emotions!!!! What an amazing feeling to watch my child on the big screen. Her love & commitment to her craft is so apparent. Thank u @jayshewakramani @Pooja_Ent."

So emotional!!!! Watched #JawaaniJaaneman with cast crew & family. I've laughed & wept &been filled with a multitude of emotions!!!!
What an amazing feeling to watch my child on the big screen. Her & commitment to her craft is so apparent. Thank u @jayshewakramani @Pooja_Ent pic.twitter.com/0GzGu4x8mD

Alaya’s father Farhan came in with his wife Fathima and son. Pooja’s father veteran actor Kabir Bedi was also in attendance with his wife Parveen Dusanj. Although the screening was a family affair, Alaya had spoken about her family coming to her assistance to get her first film. However, Alaya said in an earlier interview, “When you get people involved, you are obligated to take their opinions. My mom hasn’t been to a single set, even a photo shoot of mine. I like my independence and making my own choices. I am sure I will make a lot of mistakes, I have made a lot of them, but they are mine to learn from. Maximum my mother and grandfather would do is get me meetings with makers to show them my work, my portfolio, my acting reel. They would say ‘you have great potential, very good’, but that was about it, I never heard from them again. That was more to meet people in the industry. But getting my film and everything was through my agency." 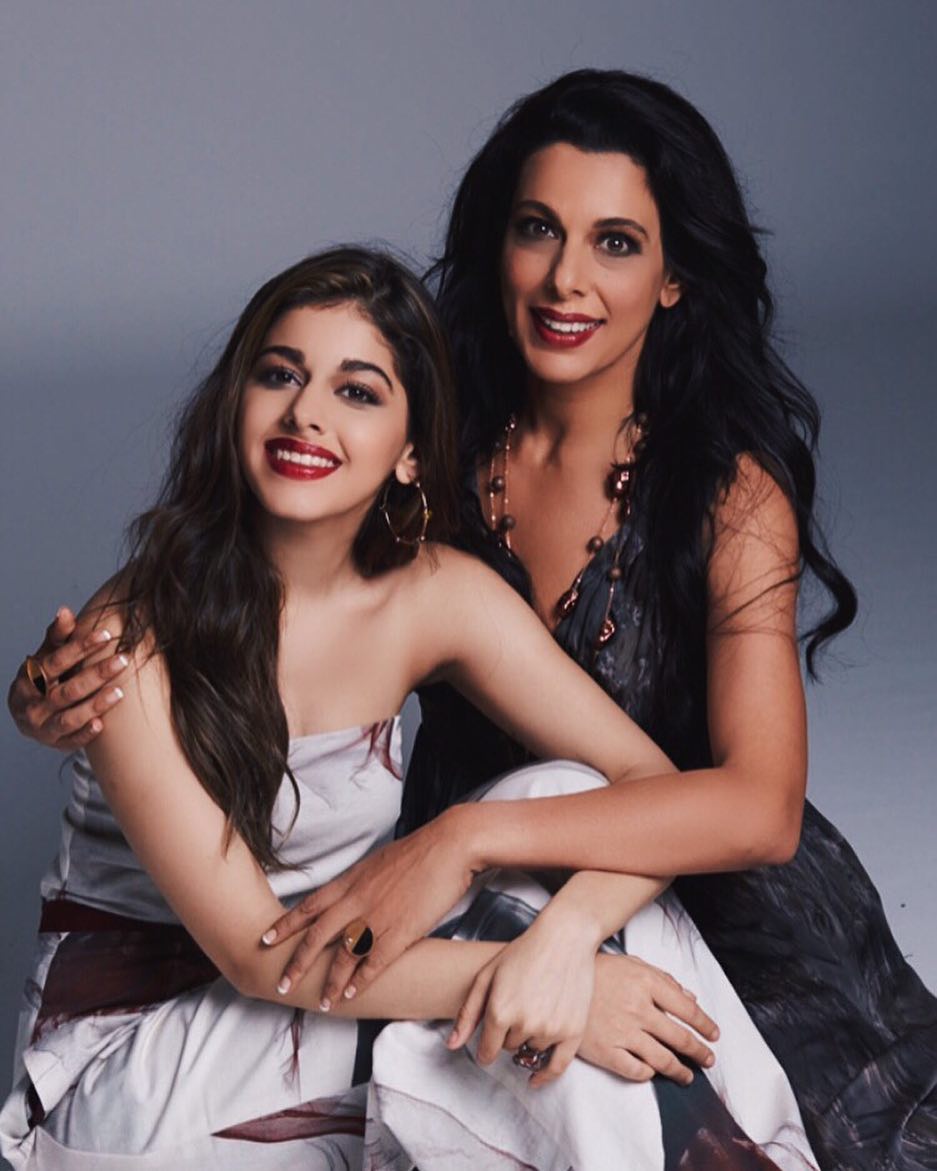 Jawaani Jaaneman sees Saif playing a reluctant father to Alaya while Tabu essays the role of her mother. The film is directed by Nitin Kakkar and is produced by Jackky Bhagnani, Vashu Bhagnani and Deepshikha Deshmukh under their production banner Pooja Films.