For long, the story of Netaji Subhash Chandra Bose’s Indian National Army (INA) has been known for its immense valour. However, little is known about the INA or its actual journey - an army that was raised and fought mostly outside of India. Among the incredible heroic tales from INA’s history, the extraordinary story of the world's first all-female regiment- The Rani of Jhansi regiment got lost in time. Amazon Original’s latest war drama, The Forgotten Army - Azaadi Ke Liye brings to fore the little-known story of these brave and selfless female soldiers, who embarked on a dangerous journey to liberate India from the British rule. Created and directed by Kabir Khan, the series captures one of the most inspiring stories from a forgotten chapter of the Indian independence movement.

“Amazon Original Series, The Forgotten Army, traces the untold lives and struggles of hundreds of women who responded to Subhash Chandra Bose’s rallying cry, Challo Dilli! Representing their journey in the show is an important step in acknowledging the part that these valiant women played in the freedom struggle of India,” says Vijay Subramanian, director and head, content, Amazon Prime Video India. “Named after the gallant heroine of the revolt of 1857, Rani Lakshmi Bai, the regiment stands as a symbol of revolution which broke stereotypes, shackles of age-old traditions and patriarchy. These brave women have our boundless respect,” adds Subramanian. 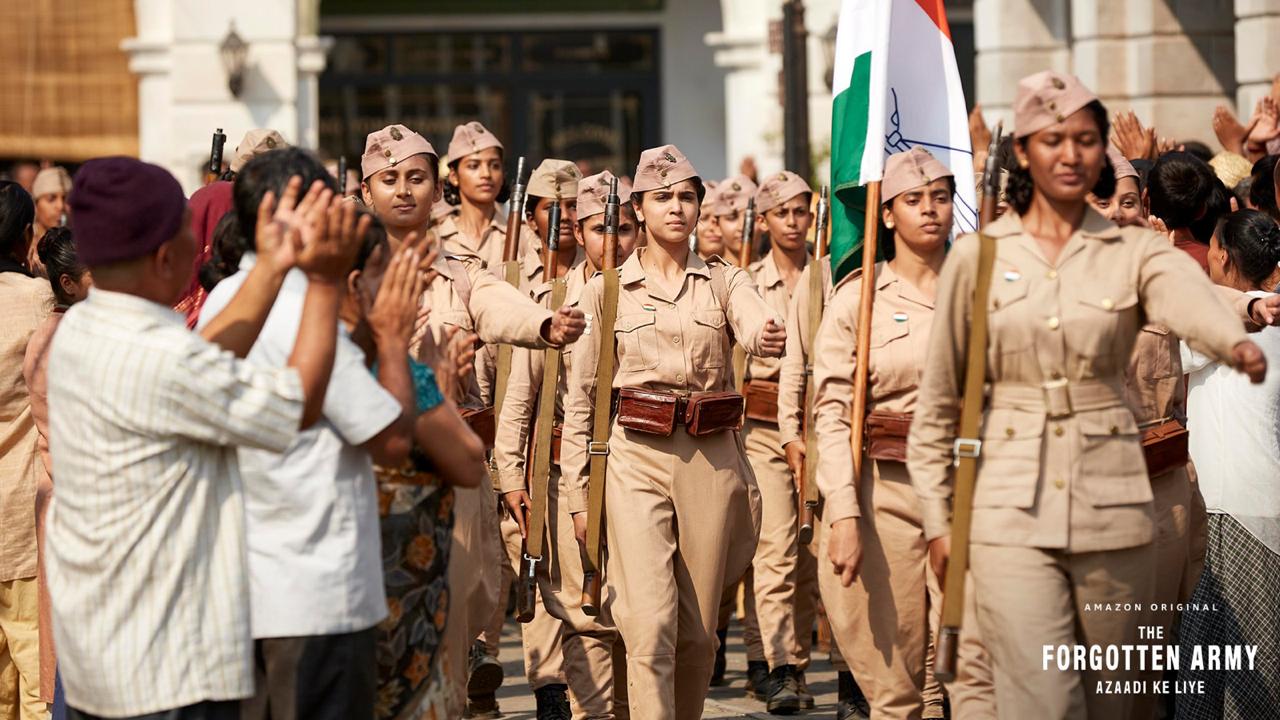 RECOMMENDED READ: Watch: Vicky Kaushal and Sunny Kaushal come together to bring two sides of Indian Independence- the remembered and the forgotten

Featuring newcomers Sharvari and Sunny Kaushal, the series promises to take you on an inspiring journey of ordinary people across the Indian communities based in South Asian regions, who joined the INA. Talking about her character Maya, Sharvari, says, “The legacy of the Rani of Jhansi regiment came to me as a surprise. The tale of hundreds of women coming together and fighting shoulder-to-shoulder with men for India’s independence is inspiring and an eyeopener.” She adds, “When I researched, I learnt that most of these women had not even visited India and were pledging their lives for an India, that was a philosophy and an idea at that time. I will be forever grateful to Kabir sir and Amazon Prime Video for giving me the opportunity to share the story of these brave women.”

Tune into Amazon Original to watch The Forgotten Army - Azaadi Ke Liye, streaming from January 24, 2020 to celebrate these unsung heroes from the Rani of Jhansi regiment.

End this race war here in the US: Priyanka Chopra Jonas seeks for justice for George Floyd with an emotional post