Akshay Kumar, Kareena Kapoor Khan, Diljit Dosanjh and Kiara Advani are looking forward to the release of their film Good Newwz on December 27. However, while there is still a day to go for the film’s theatrical release, the makers have released a BTS video where the actors reveal the umpteen amount of fun they had while shooting for the film.

In the BTS video, the two couples who play Punjabis with the same surname of Batra reveal how the set became increasingly Punjabi as four out of three leads share the same ethnic background. However, what took the cake, was when Kiara opens up about working with three legends, to which Kareena jokingly says that by the time she turns into one, she and Akshay will long be dead. However, Akshay refuted her and says, “Talk about yourself,” and Kareena hilariously says that she is sure that the actor would even work with her son Taimur Ali Khan in the future leaving everyone in splits. 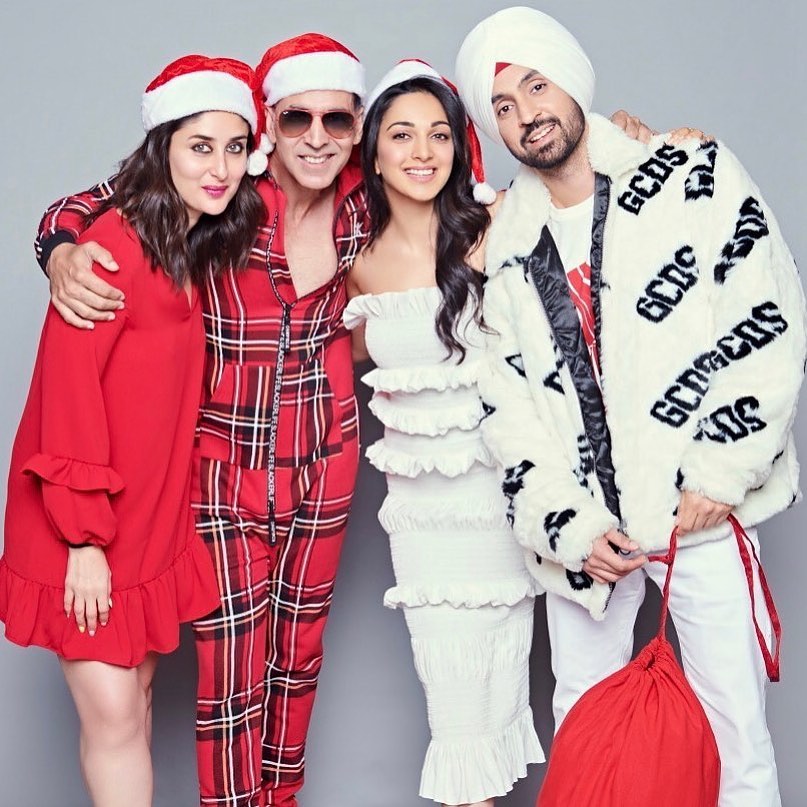 Akshay was quick to agree and says, “I am not going to die. I am going to work with Taimur in Main Khiladi Tu Anari.” Kareena agrees to his suggestion and says that she will produce the film leaving everyone in guffaws.

'I need to earn myself a position where I deserve to direct him,' says Tahira Kashyap on chances of directing husband Ayushmann Khurrana