It won't be wrong to say that Vidya Balan is amongst the finest actresses Bollywood has currently. Be it light-hearted rom-com or edge-of-the-seat thrillers, she has done it with brilliance and has given a tough competition to many. While all of Vidya's films prove to be masterpieces, it is the Kahaani series that stole the thunder and took up her credibility a notch higher. With Kahaani part one being a surprise package, Kahaani 2: Durga Rani Singh was nothing short of mind-blowing. Now, after two successful films, fans of the franchise have been waiting with bated breath for the third part to be announced. Although the makers are yet to put down things on paper, reports suggest that Kahaani 3, which is a prequel of the previous films, will go on floors in 2020. Well, yes.

As per reports of an entertainment magazine, Kahaani's prequel will witness Abhishek Bachchan in the grey role. Also this time, Sujoy will be handing over the film's legacy to his daughter Diya Ghosh, who will be making her directorial debut with the thriller. However, the twist in the tale is that Vidya is yet to give her positive nod for the role. But in any which ways, the sources close to the film informed the magazine, that Kahaani prequel will go on floors next year. Well, if Vidya signs Kahaani prequel, she will be teaming up for Abhishek after Paa in 2009 in which the actors played the role of Amitabh Bachchan's parents. 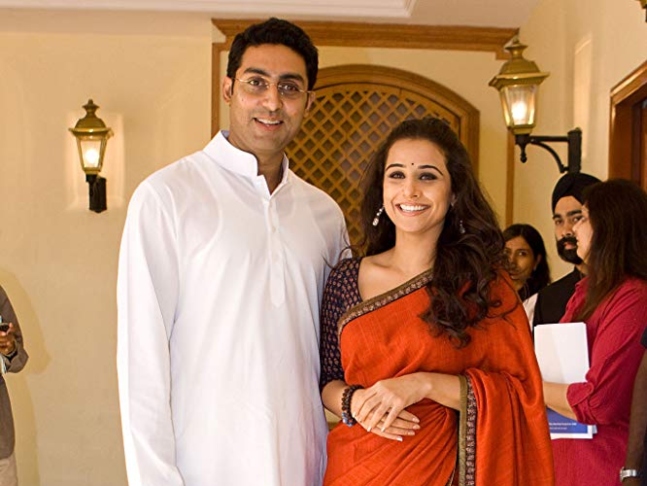 Recommended Read: Vidya Balan and Katrina Kaif to team up for the first time for Aanand L. Rai-produced action-comedy?

Speaking of Kahaani, the film released in the year 2012 and starred Parambrata Chatterjee and Nawazuddin Siddiqui in important roles. The film revolved around Vidya Bagchi, a pregnant woman who is on a hunt for her missing husband. In Kahaani 2: Durga Rani Singh, Vidya shared the screen space with Arjun Rampal and Jugal Hansraj and Kharaj Mukherjee and narrated the tale of Durga Rani Singh, who is charged with kidnapping and murder. The film released in the year 2016.