Advertisement
HomeBOLLYWOODENTERTAINMENT NEWSFoot in Her Mouth!? Taapsee Pannu feels Harsh Varrdhan Kapoor got his second film after a not so appreciated debut in 'Mirzya' only because he is 'Anil Kapoor's son'

Foot in Her Mouth!? Taapsee Pannu feels Harsh Varrdhan Kapoor got his second film after a not so appreciated debut in 'Mirzya' only because he is 'Anil Kapoor's son'

Taapsee Pannu recently appeared on Neha Dhupia's show No Filter Neha and well, took the show's name quite seriously. The actress put absolutely no filters while answering Neha's meaty questions. The actress, who often finds herself surrounded by controversies because of her honest opinions, went all out on Neha's show.

On being asked to name a newcomer who would have been nowhere if he/she did not have famous parents, Taapsee named Harsh Varrdhan Kapoor. Harsh is the son of actor Anil Kapoor and brother of Sonam Kapoor. He made his debut with Rakeysh Omprakash Mehra’s Mirzya in 2016 but it turned out to be a disaster at the box office. He went on to star in a vigilante drama, Bhavesh Joshi Superhero two years later in 2018 but the film failed to impress the auidence. He is currently working on the Abhinav Bindra biopic in which he plays the central role. “Whatever I have seen of him till now, I think it would have been pretty difficult to get a second film after a not so appreciated debut. If I would have been in his position, I wouldn’t have got a second film,” she said. 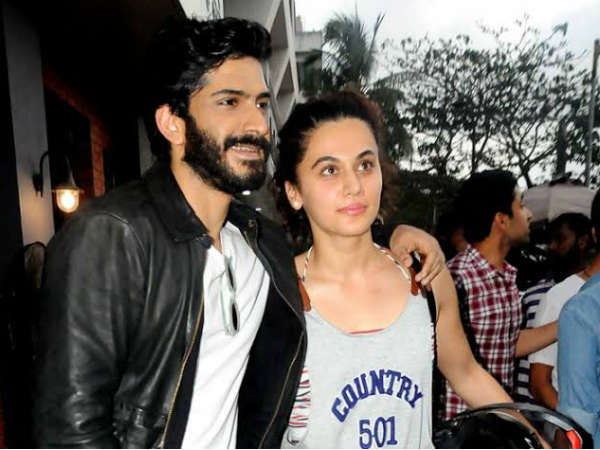 Recommended Read: Watch: From Shashi Tharoor to Taapsee Pannu and Richa Chadha, celebrities gear up to tickle your funnybones in Amazon Prime Video's 'One Mic Stand'

Neha also asked Taapsee to name a person who needs a new stylist. Taapsee named Urvashi and said, “I think she has got a great body, I would love to see better clothes and not just the kind that show only the body.” Urvashi will now be seen in Anees Bazmee’s multi-starrer comedy, Pagalpanti.

Moving ahead in the game, Taapsee named Jacqueline Fernandez as the worst co-star, besides Vicky Kaushal. “She has so freaking hot body because I was struggling to match up to her in Judwaa 2. I was just like I just hope that I don’t put myself to shame,” she said. Talking about Vicky, she said, “I am always so conscious that I should not lose out to him in a scene because he is just so good.”