Akshay Kumar and Manushi Chhillar, the lead pair of YRF’s first and biggest historical Prithviraj were spotted at Yash Raj Studios as they performed a puja, with their director Dr. Chandraprakash Dwivedi, to seek blessings for the film’s shoot that begins soon. Both Akshay and Manushi shared pictures and videos from the Puja on their Instagram and Twitter. At the puja, YRF Chairman Aditya Chopra's wife and Bollywood actress Rani Mukerji was also present.

Here's to auspicious beginnings  Stepping into the world of #Prithviraj. In theatres #Diwali2020! Need your love and best wishes as always. @manushi_chhillar #DrChandraprakashDwivedi @yrf

Here are some exclusive pictures from the puja. 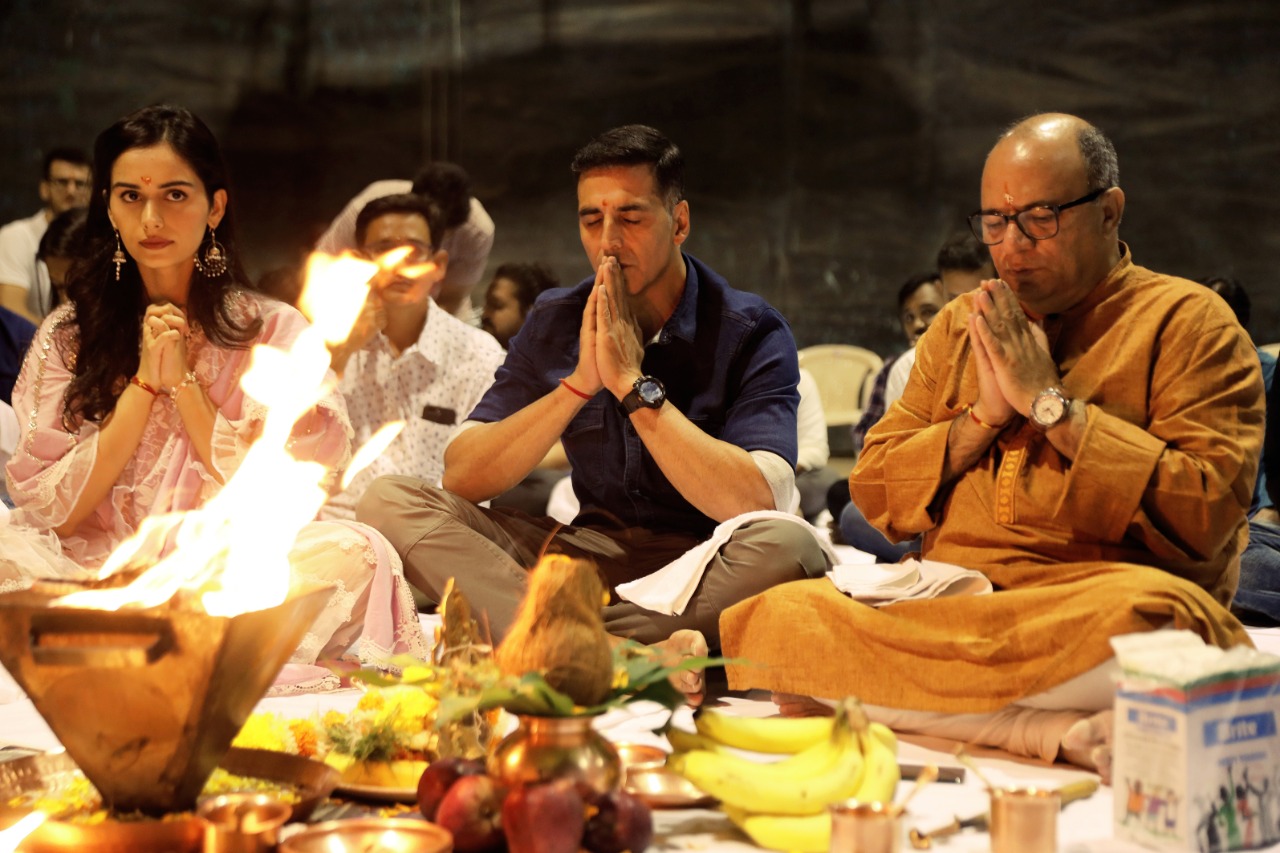 Recommended Read: As we said it! Manushi Chhillar all set to make her Bollywood debut opposite Akshay Kumar in YRF's Prithviraj Chauhan biopic

Yash Raj Films today made the big announcement of signing the ethereal beauty Manushi as the spectacularly beautiful princess Sanyogita in Prithviraj which is based on the life and heroism of the fearless and mighty King Prithviraj. The actress has already started prepping for the role. Prithviraj is set to release in Diwali 2020.