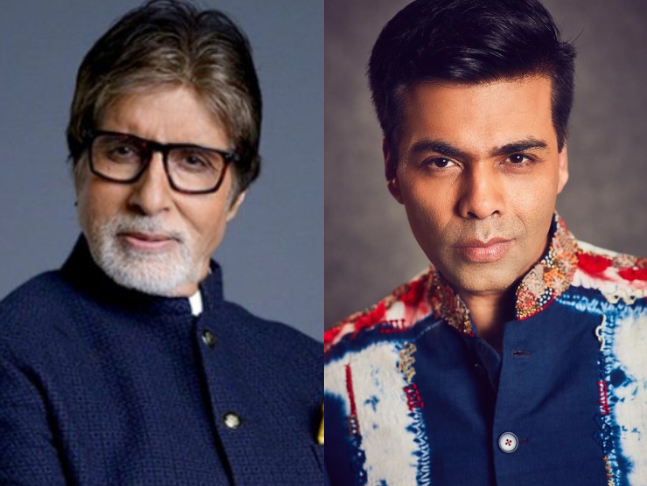 Amitabh Bachchan made his Bollywood debut on November 7, 1969 in the film Saat Hindustani and today he completes 50 years in the film industry. On this momentous day, his son Abhishek Bachchan penned a heartfelt note for his father wishing him on his landmark achievement. Filmmaker Karan Johar was also not far behind in wishing the megastar and echoed Abhishek’s sentiment.

He wrote, “He will remain the most inspiring story in the world of entertainment! Words alone cannot describe his achievements...we are all honoured to be able to watch his genius unravel in front of our eyes! Congratulations to the proud son.” Karan’s tweet came in response to Abhishek’s post.

He will remain the most inspiring story in the world of entertainment! Words alone cannot describe his achievements...we are all honoured to be able to watch his genius unravel in front of our eyes! Congratulations to the proud son https://t.co/FZ3atkZmQF

RECOMMENDED READ: 'We are all blessed to witness greatness and lived in the times of BACHCHAN,' says Abhishek Bachchan as his father Amitabh Bachchan completes 50 years in cinema

Abhishek had shared a monochrome picture of Big B and also written, “Congratulations Pa on completing 50 years in the Film industry. We now await the next 50! Love you. @SrBachchan #50yrsofSaatHindustaani #50yrsofBachchan #GiveItUpForBachchan.”
Several other celebs also wished Big B on his mammoth achievement. Filmmaker Anand Pandit, cricketer Rohan Gavaskar, Adnan Sami shared their wishes for him. Check out their tweets below:

50 years back the world saw the rise of a Shahenshan, 50 years later the world is still in awe of him. To the man who continues to inspire millions, to the icon who needs no introduction, wishing @SrBachchan who shared 50 years of his life with us.
#50YearsOfBigB #APMP pic.twitter.com/udfBUDebPi

@juniorbachchan totally agree w u n I can proudly say I made a film with the one and only!!! AMITABH BACHCHAN! #fanboy for life!

I've been a @SrBachchan fan for 44 of my 46 yrs, & I'm still kinda FOMO-ing about not having known his films for my first 2 yrs! I'm fortunate to have known & hung with him, but even for those of my generation who haven't, those films & songs define us! #50YearsOfAmitabhBachchan

Celebrating #50YearsOfAmitabhBachchan
Dear @SrBachchan ji.
I’ve luvd u since I saw Deewar, Sholay & Abhimaan as a kid in Lisbon..The 1st film I owned was a VHS of ur film ‘Naseeb’!
My dream ws 2 work wt u & thus it’s an honour 2 b a minuscule part of ur 50 glorious yrs.. pic.twitter.com/zvIh3NDHOJ

Amitabh is still going strong and will once be seen onscreen in Chehre and Gulabo Sitabo.