FIRST LOOK! Ajay Devgn in and as Tanhaji - The Unsung Warrior paints a fierce picture

The first look of highly anticipated Ajay Devgn starrer Tanhaji - The Unsung Warrior is finally OUT! Set in the 17th century, the Om Raut's directorial is based on the life of Tanaji Malusare, unsung warrior of glorious Indian history and the military leader in the army of Chhatrapati Shivaji Maharaj, founder of the Maratha Empire.

Sporting a red turban and tilak on his forehead, Ajay can be seen winging his sword, with a backdrop of the battlefield, protecting his motherland from the invaders.

Recommended Read: MIGHT that cut deeper than a sword! The second poster of  Tanhaji - The Unsung Warrior ft. Saif Ali Khan as Udaybhan Rathod screams evil

Check out the look! 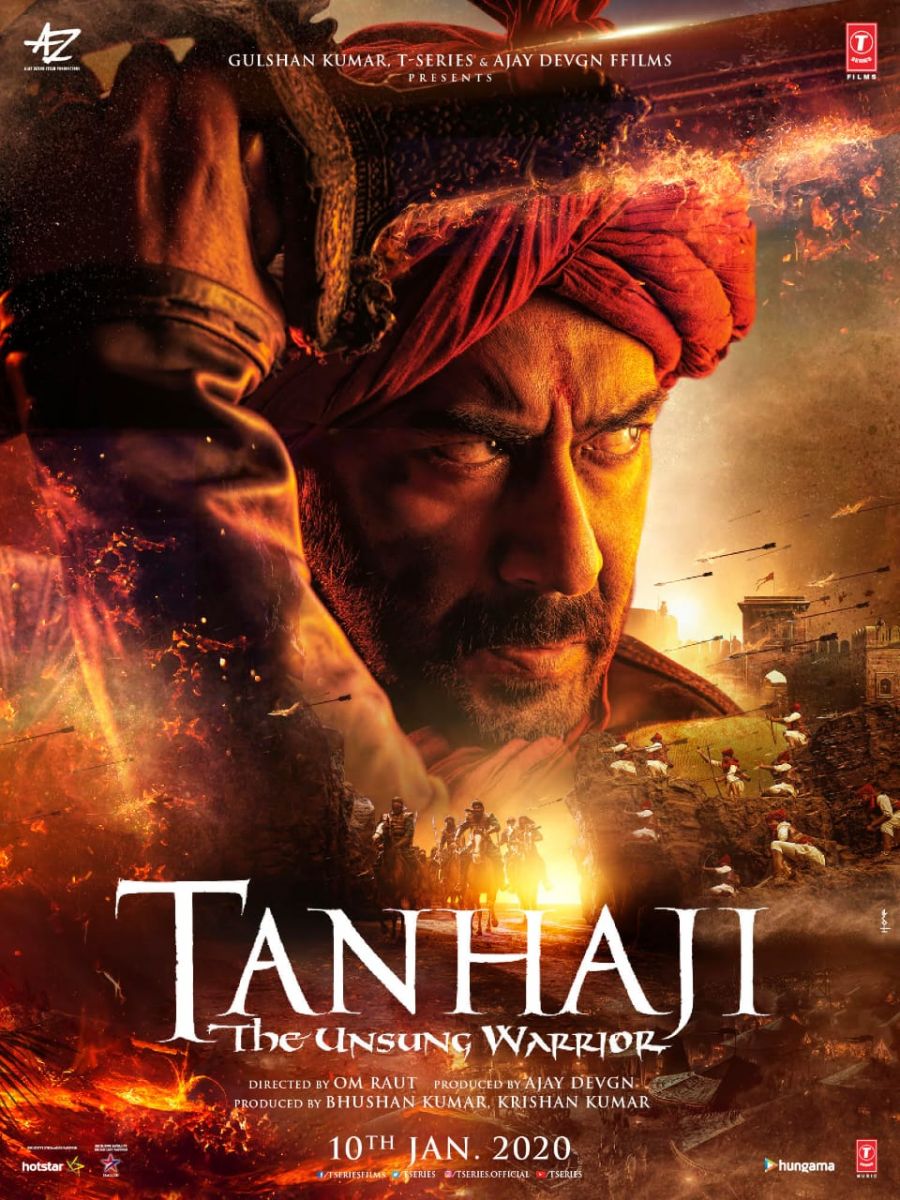 MIND that was sharp as a sword...

Apart from Ajay, the film will see Saif Ali Khan as Udaybhan Rathod and Kajol in the role of Savitri Malusare.

Tanhaji - The Unsung Warrior is produced by Ajay Devgn’s ADF and Bhushan Kumar’s T-Series and will release on January 10, 2020. The film will be releasing in 3D.