Sye Raa Narasimha Reddy is South superstar Chiranjeevi's first collaboration with Bollywood legend Amitabh Bachchan. But did you know that despite sharing a great personal bond with Big B, Chiranjeevi got cold feet when he was told to call the superstar and ask him to do a role in Sye Raa. Recently, in an interview, Chiranjeevi revealed how nervous he got when he was told to call Amit Ji and instead of calling him directly, he appraoched his wife Jaya Bachchan.

"No, I cannot take advantage (of our friendship). He's very good, like my mentor. So I cannot like simply ask him", said Chiranjeevi when the director asked him to call up Mr. Bachchan. "Yet, he requested me", said the actor further adding,

"I said I will try. I don't know if this 5-days character he will accept it or not but whatever he says, I will try. And then, in Rajya Sabha Parliament, I was the member of Parliament and Jaya Bachchan too was there. So I told her, I want to talk to him (Big B). She said, you can talk to him...I said no, no it's very embarassing situation so can you tell him, I am in an obligation and want to talk to him. She said, just SMS him, he will revert. Immediately, he got in touch and said what's the matter? I said this is the character, 5-days character, you have to accept and immediately without asking what type of character and all, he said I am doing it. He asked me, do you believe that I will be suitable to that character? I said yes sir I can't imagine anyone other than you in it. Then he said I am doing it. " 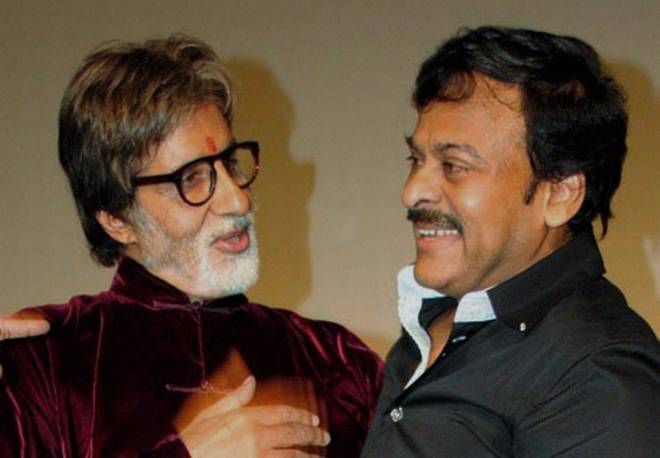