LOL! Sonam Kapoor Ahuja reveals why husband Anand Ahuja and Dulquer Salmaan once removed her from their WhatsApp group

Sonam Kapoor recently revealed a hilarious incident about her The Zoya Factor co-star Dulquer Salmaan and husband Anand Ahuja. The actress shared a funny incident where she was removed from a WhatsApp group which she had with Dulquer and Anand. The actress revealed that her husband and co-star got along really well and the trio made a group on WhatsApp but soon the actress was removed from it as the two started having "boys talk".

In an interview, Dulquer revealed that he shares a good rapport with Anand and that they both hung out during the shoot. “He is such a guy’s guy. He is genuinely very warm. He is very kind and easy to speak to. Even when he comes on sets, he is happy and has no issues hanging around. We made a WhatsApp group too,” said Salmaan. But Sonam was quick to add that she was thrown out of the WhatsApp group. And like a good boy, Dulqueer explained the reason as he said that they threw her out because they had boys stuff to discuss. “Sneakers, cars and all these things that boys do,” said Salmaan. 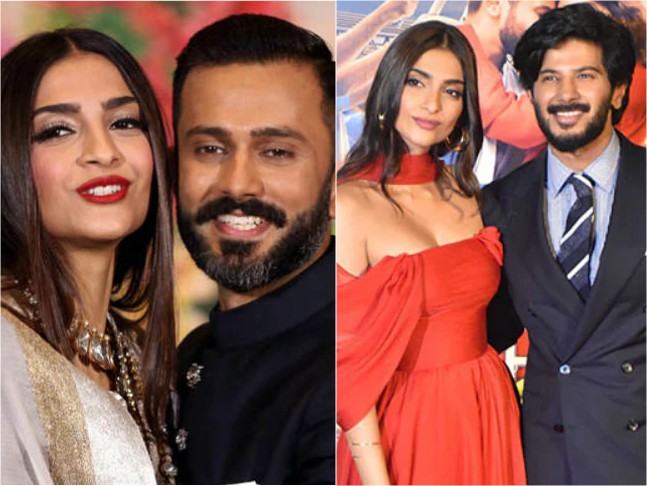 Recommended Read: Virat Kohli has something to do with Sonam Kapoor Ahuja's lucky charm for 'The Zoya Factor', watch video

The Zoya Factor is about a Rajput girl named Zoya Singh Solanki who meets the Indian Cricket Team through her job as an executive in an advertising agency and ends up becoming a lucky charm for the team in the 2010 Cricket World Cup. Eventually, Zoya falls for skipper Nikhil Khoda who doesn't believe in luck and superstitions. The film is being directed by Abhishek Sharma, and Fox Star Hindi is producing it. The film is slated to release on September 20, 2019.