'I try to behave like a normal teenager,' says Ananya Panday

Actress Ananya Panday who debuted in Bollywood with producer Karan Johar's Student of the Year 2 said that even though her life has changed after the movie, she tries to "behave like a normal teenager".

"Life has definitely changed after I did Student of the Year 2. Now, people recognise me more. It feels you have now earned a name. But I try to behave as much normal as I can. I try to be a normal teenager which I am. I hang out with my friends and my family. I try to do as many normal things as I can," the 20-year-old actress told IANS. Ananya, daughter of popular comic actor Chunky Panday, said she was lucky to be born in the family of an actor as it made her journey in Bollywood much easier. She, however, believes that though being a star kid made her entry into films easy, nobody will invest in someone who is not worthy of it. "My journey into Bollywood has been very exciting, I feel blessed and lucky. Everyone has their own journey and I have always wanted to do this and when you are born in an actor's family you get to meet people at a very early age. Getting into a room with Karan was easier, but what you do inside the room solely depends on you. I don't think people would put money into someone whom they don't believe in," said Ananya. 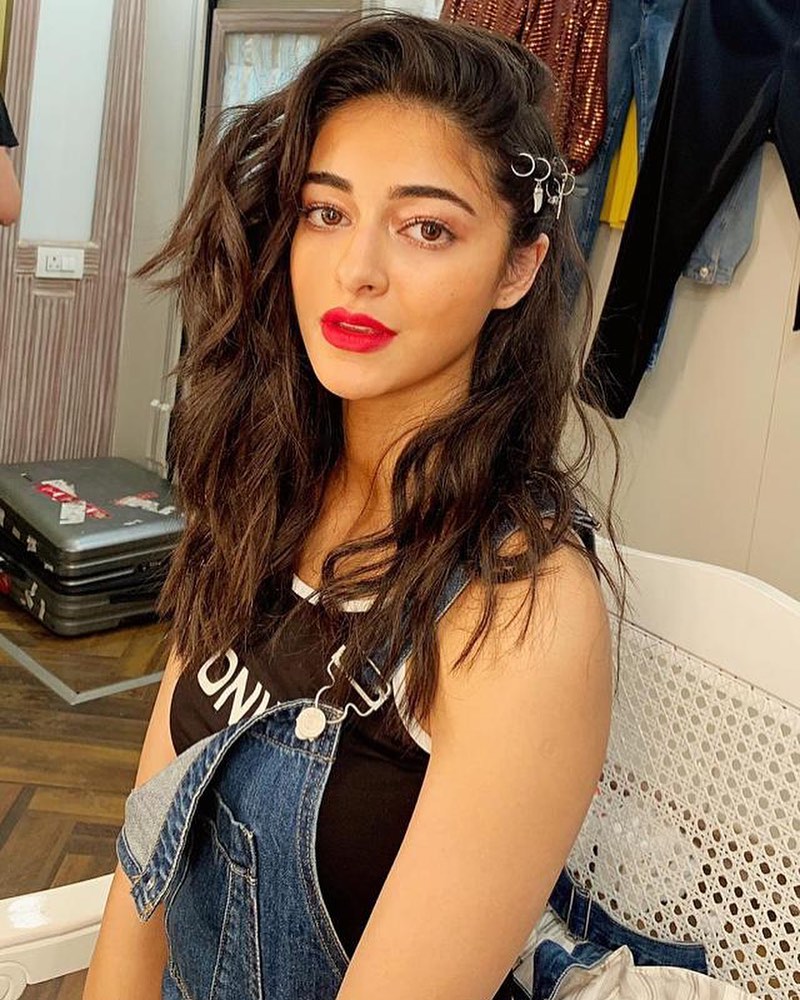 The actress who will next be seen opposite actor Kartik Aaryan in Pati, Patni Aur Woh said that she also wants to share the screen with her father. "I am waiting for somebody to offer a film where I can share the screen with my dad. I hope someone offers us a film together. It will be too much fun. If someone is listening, please make something happen" Ananya said.

A remake of the 1978 film Pati Patni Aur Woh directed by B.R. Chopra, the new version will see Kartik play the husband, a role which was earlier essayed by Sanjeev Kumar. Bhumi Pednekar will enact the wife's character played by Vidya Sinha. Directed by Mudassar Aziz, the remake also stars Ananya Panday as the other woman, which was originally played by Ranjeeta. Pati, Patni Aur Woh is scheduled to release on January 10, 2020.

Watch: ‘My name is Chang and I am not Coronavirus,’ says Meiyang C

Watch: Sonam Kapoor turns hairstylist for hubby Anand Ahuja amid Coronavirus lockdown but it is the raining kisses that is making us skip heartbeats

Exclusive: 'We are in the wait and watch game,' says Producer Jackky Bhagnani on Varun Dhawan starrer Coolie No.1's release date amid COVID-19

Exclusive - He told to unlearn all the preparation before going on sets: ‘Bamfaad’ debutant Aditya Rawal on his father Paresh Rawal’s advice for him