Ahead of India vs West Indies ODI series, Anushka Sharma and Virat Kohli enjoy a lunch date in Guyana

Anushka Sharma accompanied husband Virat Kohli at the recently-concluded World Cup in England. Now the actress has yet again joined the Indian skipper on his West Indies series. While Virat is busy showing off his skills on the cricket field, he makes sure to spend time with wife Anushka off the field as well.

Recently Virat, who is in Guyana for India vs West Indies ODI series, took out time to be with Anushka and the two found a desi restaurant there. Expectedly so, they couldn't help but savour an Indian meal. Virat took to Instagram to share a picture from their lunch date at the Indian eatery and wrote, "Top meal with my lovely." 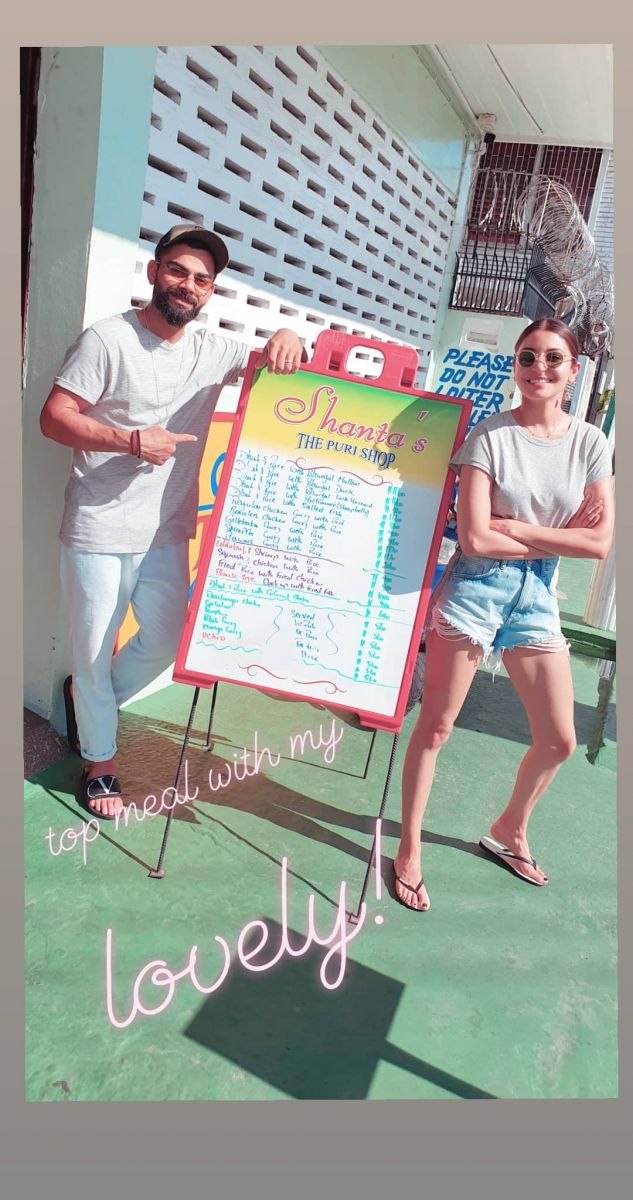 In the photo, Virat can be seen dressed in casuals while Anushka made a pretty picture in denim shorts and grey tee. The actress too shared a few pictures from Guyana on her Instagram story. RECOMMENDED READ: Anushka Sharma and Virat Kohli spend a day out in Miami ahead of Team India's West Indies series

Anushka and Virat got married in 2017.