Vidya Balan who has been missing from the big screen for some time now is going to come back with a bang with a slew of interesting projects. She is gearing up for her upcoming release Mission Mangal that is slated to hit theatres this Independence Day on August 15. During a media interaction, the ace actress spoke about doing the Indira Gandhi web series and the fact that she lost out on playing late Jayalalithaa in her biopic to Kangana Ranaut.

Speaking about the fact that irrespective of her being a south Indian she is not doing the role of former Tamil Nadu’s Chief Minister Jayalalithaa in her biopic, Vidya said, “Daane Daane pe likha hai khane wale ka naam. I am happy Kangana is doing it and that’s what I will leave it at.” When she was further prodded on which project she would have chosen- the Indira Gandhi biopic or Jayalalithaa biopic, Vidya said, “I just feel playing two politicians; two strong women wouldn’t have been feasible, if they were a few years apart then maybe. It wasn’t a tough call. I was personally invested in doing Indira, I won the rights of the book and of course it’s taking a long time but when that happens it’s going to take a lot from me. I wanted to do it five years back but if you’re not getting the right requisitions then it’s difficult. In a web series space it is far easier, you don’t have to choose the incidents you want to show and it can go into seasons.” 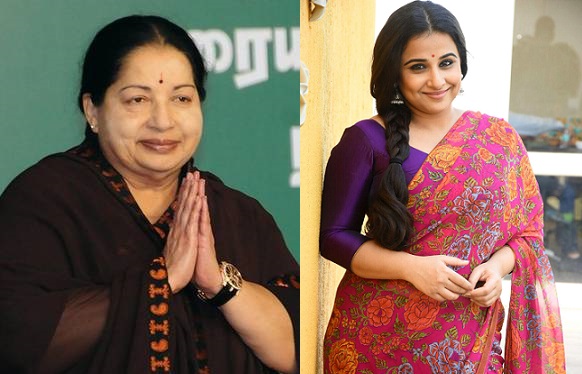 Apparently, Kangana was locked in to play the part as it would be difficult for Vidya to portray a young Jayalalithaa. The physical transformation needed for the part would not have been conducive to Vidya or the other big actresses vying for the role. The film is supposed to be made on a huge scale with over Rs 100 crore estimated budget. The biopic will be a trilingual in Hindi, Tamil and Telugu.