Filmmaker Shoojit Sircar has managed to rope in Amitabh Bachchan and Ayushmann Khurrana for his upcoming directorial, a quirky comedy titled Gulabo Sitabo. For the unversed, Gulabo Sitabo refers to a legendary pair of puppet sisters, part of Uttar Pradesh's folklore. The film is apparently a takeoff on these two characters. The film, which kicked off in Lucknow on June 19, was wrapped up on July 29 in a start-to-finish schedule. Interestingly, Big B's look , complete with a beard, a prosthetic nose and a head scarf, has generated a lot of buzz lately. Claiming that they thought they would not be able to pull it off, Shoojit told a leading daily, “The shoot was planned for summer and heavy prosthetics tend to get uncomfortable for an actor, especially for facial skin. It took two hours to create the look every day and getting it off was also tedious. But Mr Bachchan was always enthusiastic and believed in our vision."

Set in the City of Nawabs, Gulabo Sitabo narrates the love-hate relationship between a tenant and his landlord. Furthermore, Shoojit admitted that it was a delight to see Ayushmann and Senior Bachchan work together. “Mr Bachchan was like a curious child, while Ayush was in awe of him, like everyone else in the beginning,” he recounted. Claiming that the two were ideal for their respective parts, Shoojit added, “Juhi (Chaturvedi, writer) and I worked on this script for some time. Ronnie (Lahiri, who produces the film with Sheel Kumar), Juhi and I felt Mr Bachchan and Ayushmann would be ideal." 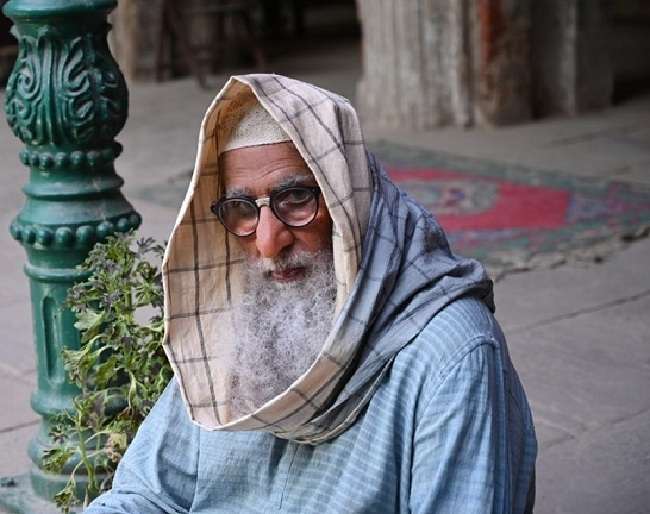 Shoojit signed off by saying that locations have always been an integral part of his film and Gulabo Sitabo was written keeping Lucknow in mind. The film is set for release on April 24 next year and is written by Juhi Chaturvedi, who earlier scripted Piku for Sircar.