Saif Ali Khan and Kareena Kapoor Khan are currently vacationing in London with their adorable little munchkin Taimur Ali Khan. However, looks like the celebrities are mixing pleasure with some professional commitments too. Only yesterday, pictures of Saif with Alaia F cheering for Team India were doing the rounds of the internet yesterday. Alaia will be making her Bollywood debut playing Saif’s daughter in the film Jawaani Jaaneman. But that’s not all, according to media reports Kareena will be making a special appearance in the film too.

According to an entertainment portal, Kareena is not in London only for the vacation but will be shooting for her cameo in the film as well. Apparently, Kareena will play the ex-wife/ex-girlfriend to Saif’s character and it is pegged to be a pivotal role in the film. The real-life couple will be sharing screen space after four years. 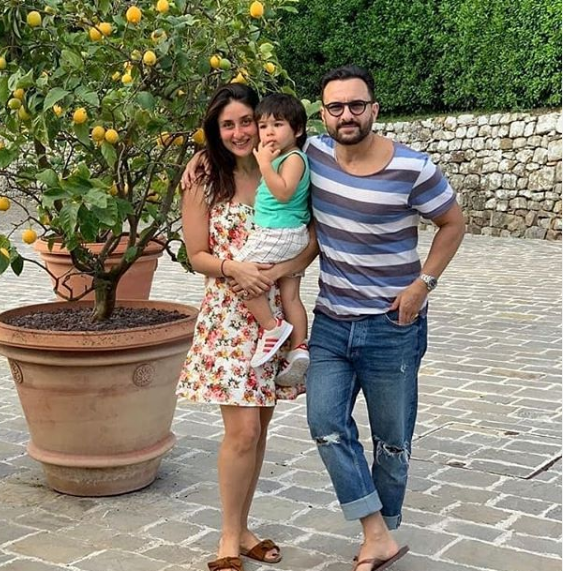 Jawaani Jaaneman features Saif in the role of a 40-something middle aged unmarried man who refuses to grow up but also has a different perspective on life. Tabu stars opposite the actor in the film. When he finds out that he has a teenage daughter, his life undergoes a drastic change and so does his personality.  The film is scheduled to release on November 29.