Siddharth Roy Kapur’s production company Roy Kapur Films has lots to celebrate this week with two films wrapping within days of each other! The first film to complete its shooting schedule is the Priyanka Chopra and Farhan Akhtar starrer tentatively titled The Sky is Pink that has been shot across London, Delhi, Mumbai and the Andamans over the past few months.

Priyanka arrived in Mumbai earlier this week to shoot a lavish dance song composed by Pritam, written by Gulzar Saab and choreographed by Caesar. It is a marriage song with a twist. The shoot took place at a suburban studio over 3 days. The film is set for a pre-Diwali, October 11 release and the buzz is high! The wrap party for the film took place tonight. 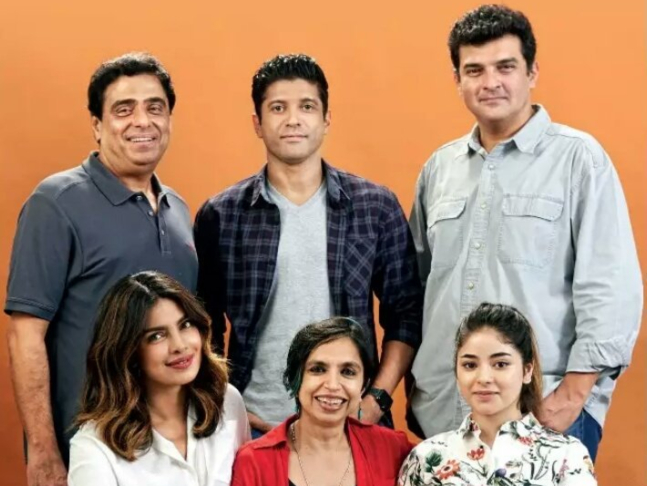 RECOMMENDED READ: Priyanka Chopra, Farhan Akhtar and Zaira Wasim attend a workshop for their upcoming film 'The Sky is Pink' The second film to wrap up with a bang is the dance film titled Yeh Ballet. It is directed and written by the national award-winning veteran Sooni Taraporevala and is inspired from the true life of Mumbai’s first Ballet Boys! It has been picked up by Netflix for its first slate of Indian film productions and will stream on the platform later this year! Both The Sky Is Pink and Yeh Ballet finished their shooting on June 11.