The Bollywood star, Hrithik Roshan who recently got his Chinese fans in tears after serving them food in a local food joint during his China visit, created a huge buzz once again by enthralling his fans while talking to them in Mandarin after the premier release of his recent movie, Kaabil which is all set to release on 5th June, 2019.

While interacting with his Sino land admirers, the actor started conversing with them in Mandarin which just got all his fans pumped up with excitement. To top it all, the actor’s die-hard fan also sung the title track from the movie which brought a huge smile to Hrithik’s face. At the end of the premiere, the actor took a picture with all of his fans and was seen spending a good time with them. 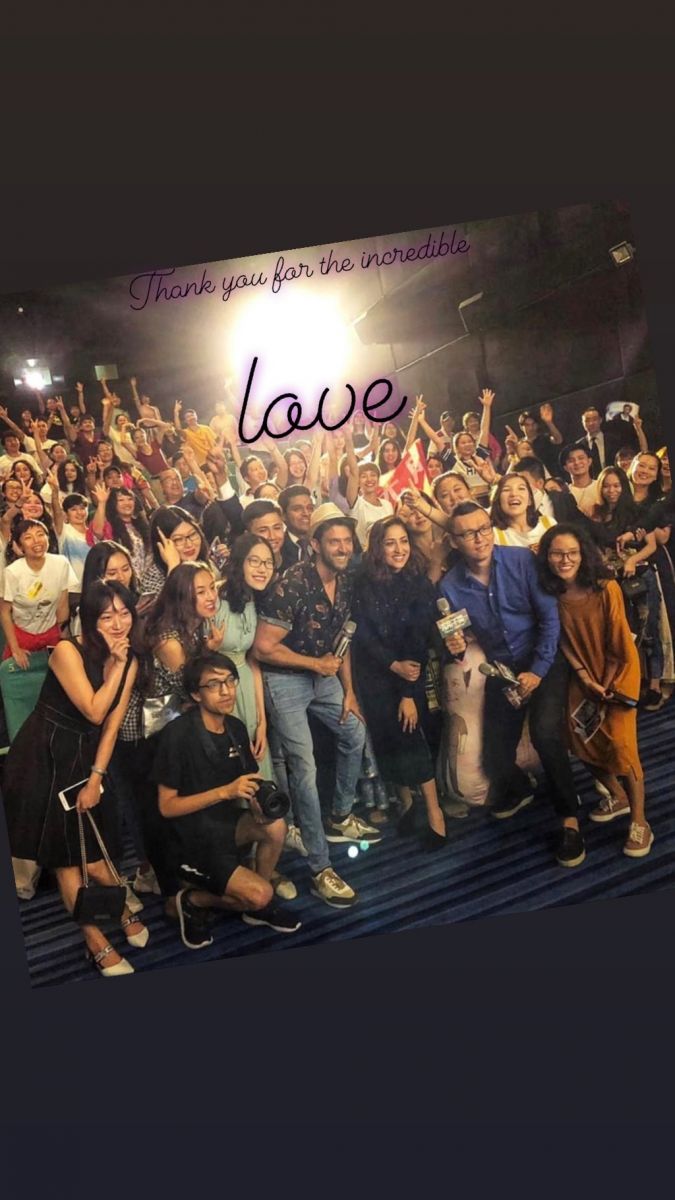 Hrithik, who hails in Bollywood as Asia’s sexiest man for having Greek God looks is not only popular among Indian fans but the Chinese fans also coined the name, ‘Da Shuai’ which means extremely handsome. The actor is inundated with tons of messages on his social media handles from his East Asian fans.

The film Kaabil garnered great success in India at the box office and was very much loved by the fans. The film features Hrithik and Yami Gautam as the lead pair for the first time on the big screen. The actor’s most awaited film’s premier release delivered a commendable response from the audience.

He’s probably wondering why I’m so happy . KAABIL in CHINA. . Ground zero. ( as you can tell ) . Just landed in Beijing. Feels like the start all over again. Thank you to all my fans in india and China and everywhere else for making this incredible experience happen ! Love you all so much ! . And congratulations team KAABIL !! Xièxiè n de ài CHINA! #ilovechina #newbeginnings #Xièxièndeài #kaabilinchina

Hrithik, who has earlier delivered stellar performances will be slipping into the character of a mathematician for his upcoming film, Super 30, who grooms 30 students for the competitive exam of IIT-JEE which will be releasing on July 12 2019.