Another day, another controversy. Mouni Roy, who made her Bollywood debut last year with Akshay Kumar-starrer Gold, was recently roped in as the lead actress in Bole Chudiyan alongside talented Nawazuddin Siddiqui. However, the actress is no longer part of the project as the producer felt that she was unprofessional. On the other hand, Mouni's spokesperson claims that there were several discrepancies in the contract and she never signed the agreement, ever.

"Mouni Roy is no longer a part of the film. Mouni has done many films before and has had a successful career, where everyone has vouched for her professionalism. Mr. Rajesh Bhatia, on the other hand, is making his second film. His first film has already run into many controversies, where he has even accused a senior actor of interference. He is now claiming that Mouni is not a professional, whereas there are several emails and text messages proving otherwise, which we will be happy to share. Even the contract isn’t signed because of the discrepancies in it. We don’t wish to say anything more to this. Anyone sensible can see what’s going on. Mouni chooses to maintain a dignified stance and doesn't believe in mudslinging. She wishes them the very best, " reads the spokesperson statement. 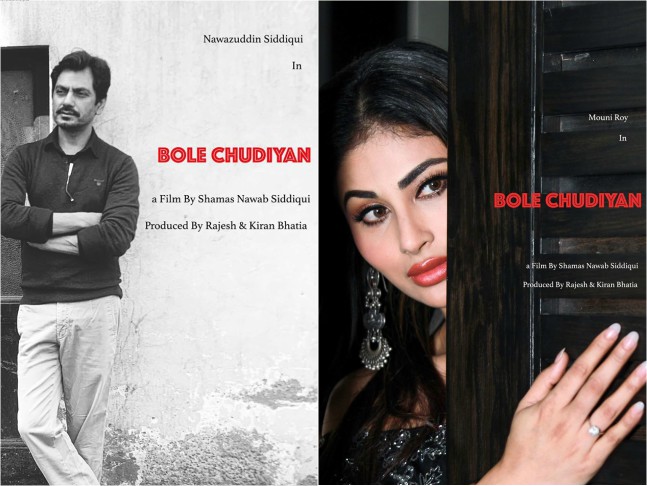 But producer Rajesh Bhatia has another story to tell. “We deny anyone has been rude to Mouni, there were 25 people in the conference room when she walked in 3 hours late for a reading. In fact, she has been irresponsible and busy holidaying and attended only 1/1/2 reading. From the time we have signed her, she and her agency have been highly unprofessional and irresponsible even after signing the MOU and paying her. For the final narration held two days back on 29 May 2019, she walked in at 5.30 pm for a 3 pm narration embarrassing the producers, director, and actor. As for the role, it’s one of the best scripts and as for creatives it’s director’s call but let me ensure you the role of the girl in the film is central and from a girl's point of view with 5 songs. It’s amusing to hear her complaining of full-fledged heroine role which is far superior, unlike her other blink and miss roles. Frankly, I think she knows she is been guilty and just trying to defend herself and be in the news. The actor, director, me and Kiran as content head & as producers did our best to reason out with her about lack of her professionalism and dedication but she suddenly lost cool and was ill-tempered and started throwing high handed attitude near all seniors which was shocking. We would rather replace now than suffer as ours is one schedule film. Let me ensure that Bole Chudiyan is going ahead as scheduled with a new heroine. Woodpecker Movies as a Production House stays fully invested in the project and will go ahead with the film with a new heroine,” quoted the producer to a leading daily.

Recommended Read:  Nawazuddin Siddiqui and Mouni Roy are here to spread the fragrance of romance as their first looks from 'Bole Chudiyan' are out

Mouni was last seen in John Abraham starrer Romeo Akbar Walter (RAW). Her upcoming films feature names like Brahmastra alongside Alia Bhatt, Amitabh Bachchan and Ranbir Kapoor, and she recently wrapped the shoot for Made In China alongside Rajkummar Rao.

Bole Chudiyan marks the directorial debut of Shamas Nawab Siddiqui and is produced by Rajesh Bhatia and Kiran Bhatia under their banner Woodpecker Movies. The film, which is going on floors in June end, recently revealed two new posters featuring Nawaz and Mouni, but now it looks like, there will be a new face joining the team soon.