Advertisement
HomeBOLLYWOODENTERTAINMENT NEWSA godown of talent will be meeting with a bundle of talent, says Salman Khan on working with Alia Bhatt in Sanjay Leela Bhansali's 'Inshallah'

A godown of talent will be meeting with a bundle of talent, says Salman Khan on working with Alia Bhatt in Sanjay Leela Bhansali's 'Inshallah'

Sanjay had earlier mentioned that Salman simply picked up from where he had left off. To this, he said, "That’s how it should be, whenever he and I meet, there is this connect It’s just not an actor-director relationship. Just because he was working with other actors, it didn’t have to hamper or spoil our equation. I work with other directors too, so should he. Now we will be collaborating on this very sweet love story."

The film pairs Salman with one of the most promising young talents we’ve had in recent years - Alia Bhatt. "See how she’s turned it around, from a student to now, it’s beautiful! And no one can take credit for her growth except Alia herself. Jo bhi bole humne usko banaya hai, is not to be believed. It’s Alia who has honed her talent," said Salman. 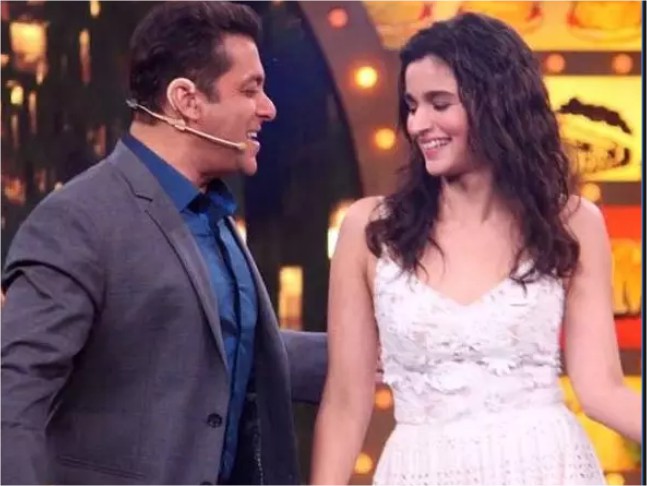 When asked what it's like to be working with this bundle of talent, he had a funny reply. "A godown of talent will be meeting with a bundle of talent… (Laughs) Actually there’s no talent here."