Advertisement
HomeBOLLYWOODENTERTAINMENT NEWSShe would pass a comment, which would be a joke: Ajay Devgn reveals Kajol’s reaction when she catches him staring at other women

She would pass a comment, which would be a joke: Ajay Devgn reveals Kajol’s reaction when she catches him staring at other women

Ajay Devgn, who is playing the role of a 50-year-old man dating a girl half her age in the upcoming romantic comedy De De Pyaar De and thereby making his ex-wife jealous says that he has ‘never had that kind of a relationship as shown in the film.’ However, he did confess that he ‘must have felt’ some level of attraction towards other women. In a recent interview, given to a portal he said, “I must have felt, it’s just normal to feel. You can't turn around and say, 'I never felt (that way)’.”

However, Ajay also confessed that his actress wife Kajol is pretty cool about these things and whenever she caught him staring at other beautiful women she would pass a sarcastic comment taking a jibe at him. He told the portal, “She would pass a comment, which would be a joke.” 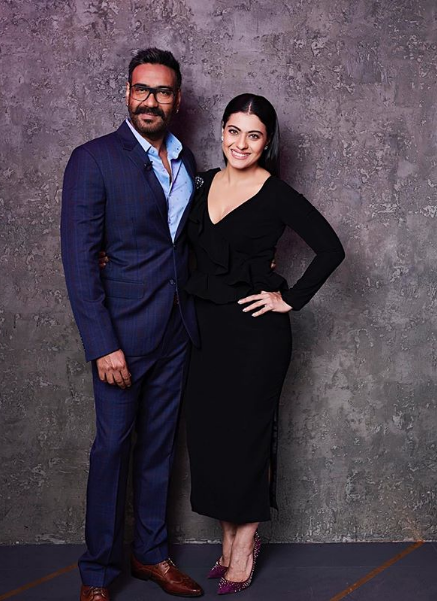 RECOMMENDED READ: Ajay Devgn, Rakul Preet and Tabu starrer De De Pyaar De to release a day prior on May 16

During the interview when he was asked whether Kajol has seen the trailer of De De Pyaar De he said, “She has. She was okay. She knows this is a movie and she is from the industry and is much aware of how it functions.”

De De Pyaar De also stars Tabu, Rakul Preet, Jimmy Sheirgill, Javed Jaffrey and Alok Nath. The film is directed by Akiv Ali and produced by Bhushan Kumar, Krishan Kumar, Luv Ranjan and Ankur Garg. The film is slated to release on May 17 but paid previews can be seen on May 16.