I love mangoes but I need to control myself now: PM Modi tells Akshay Kumar

Do you know Prime Minister Narendra Modi loves to eat mangoes? Yes, he told Akshay Kumar during his interaction with the actor at 7 Lok Kalyan Marg in Delhi on April 23. "I love mangoes. Gujarat has a tradition of Aamras as well," PM Modi said, adding that as a child, he could not afford to buy mangoes and hence, plucked them from trees.

"While growing up, we did not have the luxury to buy mangoes. But I loved plucking mangoes directly from the tree. It used to be the best," PM Modi added. 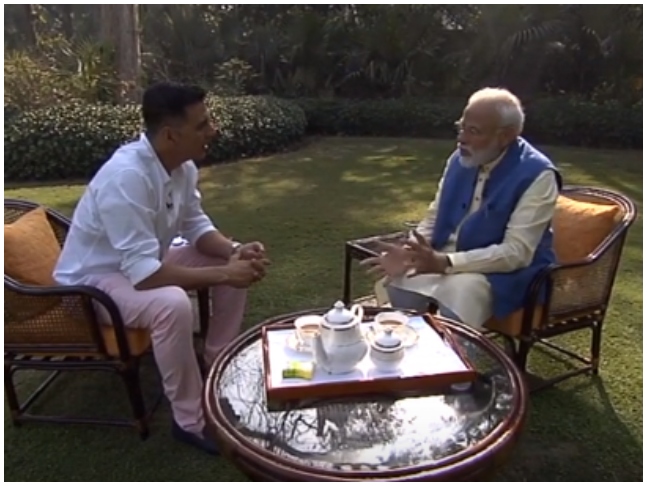 However, PM Modi also said that owing to his age, he shouldn’t eat as many mangoes. "Now, I need to control myself and think twice on how much I should eat," PM Modi said.

PM Modi and Akshay Kumar discussed various subjects, not political of course, during their interaction.