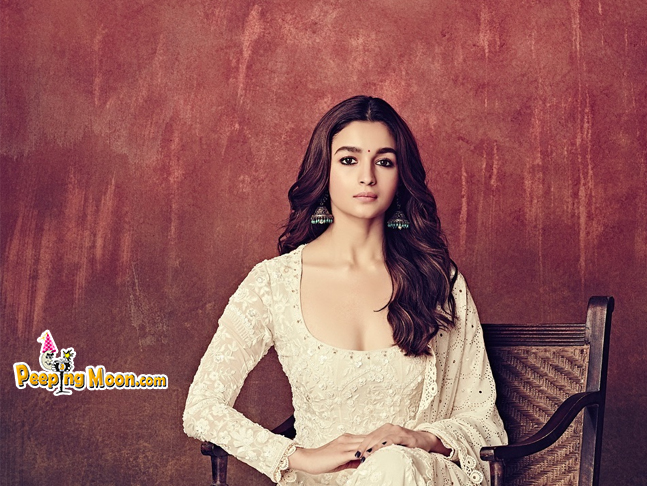 Alia Bhatt is celebrating her 26th birthday today and even though she is relatively young, the body of work that she has managed to do in the last seven years since she made her debut has got her a place with her seniors. Alia made her debut with Karan Johar’s directorial Student of the Year in 2012. The film also starred Sidharth Malhotra and Varun Dhawan, who also made their debut.

Alia effectively was no novice when she first debuted onscreen because she had already starred in a few films as a child artist. She first faced the camera in Tamanna which had her half-sister Pooja Bhatt in the lead. Next, we saw her in Sangharsh playing a young Preity Zinta. However, it was her cute yet determined role of Shanaya Singhania in SOTY that left a mark on everyone’s mind. She followed it up with an author-backed and hard-hitting role in Highway which helped establish her as an actor who is not only arm candy but can also rough it out and deliver without the greasepaint.

Sidharth Malhotra, Alia Bhatt and Varun Dhawan in Student of the Year[/caption]

Alia is one such actor who has effortlessly flitted from one role to another, making every character her own and managing to stand apart and overpower everyone with her performance even in an ensemble. She is as fluid as mercury and cannot be trapped in a stereotype or a mould because as soon as you feel that she is a glamorous actress fit to dance around trees in pretty clothes and jewelry, she manages to break that illusion and come out with a nuanced performance.

She has done films like 2 States, Humpty Sharma Ki Dulhania, Badrinath Ki Dulhania, Shaandaar where the role did not demand a lot from her and these films were the usual run-of-the-mill masala potboiler fares. However, at the same time, she had Kapoor & Sons where she stood out amongst the male leads and made the film her own- the tie that binds everyone. In Udta Punjab, she was like a bright star and her performance was top-notch that clinched her several Best Actress Awards and got her critical acclaim as well.

In Dear Zindagi, she brought to life the inner turmoil of a working girl, a character that resonated with many young women in the country. The audience roots for Alia’s Kiara in the film.

Raazi and Gully Boy are the landmark films of Alia’s career. She shouldered Raazi at a time when Vicky Kaushal was not such a big name and she was spearheading the spy film. The film went on to break several box office records and established Alia as a force to reckon with. In Gully Boy, she imbibed an accent that she is not familiar with yet managed to give a brilliant performance. Her no-nonsense attitude in the film earned her brownie points and her dialogue from the film became fodder for several memes and jokes on social media (albeit all in a good way).

Alia Bhatt as Sehmat in Raazi[/caption]

She is one actress who is effortless in dancing around at a club or around trees but at the same time is resolute and gritty enough to pick up a revolver with equal conviction. Her demure, child-like persona works for her effectively but it is the steely resolve in her eyes that lets you know that she is not going to fade out so soon. No wonder, Alia is the favourite pick of her seniors, colleagues and the audience alike. Alia is the new queen and rightly so because in a very short span of time she has managed to earn her place. Make way for Queen Alia!