Sagarika-Zaheer and Fawad-Sadaf celebrate their wedding anniversaries, the pics showcase their love story 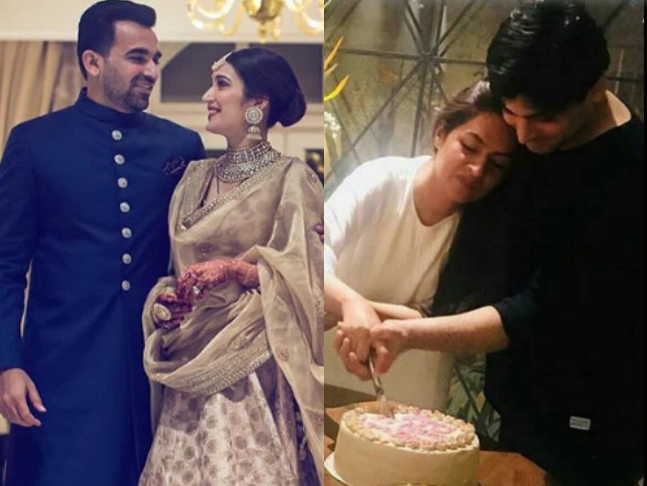 2018 is going to be remembered the year of weddings as quite a few young stars tied the knot right from Sonam Kapoor-Anand Ahuja, to Neha Dhupia-Angad Bedi, Deepika Padukone-Ranveer Singh and now Priyanka Chopra-Nick Jonas are soon going to follow suit. However, this time around we are not going to talk about another impending wedding but about wedding anniversaries being celebrated by Bollywood celebs.

Former Indian fast bowler Zaheer Khan and Sagarika Ghatge tied the knot last year and the star couple gave everyone couple goals with their adorable pictures that broke the internet before Virat-Anushka and Deepika-Ranveer arrived to take their place in the sun. They got married last year on November 23, in a simple court marriage and gave a lavish wedding reception that had the Indian cricketers and Bollywood celebrities painting the town red. Sagarika shared an adorable picture of herself with Zaheer and captioned it as, “So incredibly Thankful for you !!! Happy anniversary love. - cheers to forever.”

Pakistani actor and heartthrob to many, Fawad Khan also celebrated his 13th wedding anniversary with wife Sadaf and their celebration photo has gone viral on the internet. Fawad had proposed to Sadaf at the age of 17 and they tied the knot after their graduation.

In the picture, they can be seen cutting a cake while Sadaf is leaning on Fawad’s shoulder. Their smiles are a testimony to their love and affection for each other and the happiness that the occasion has brought them.