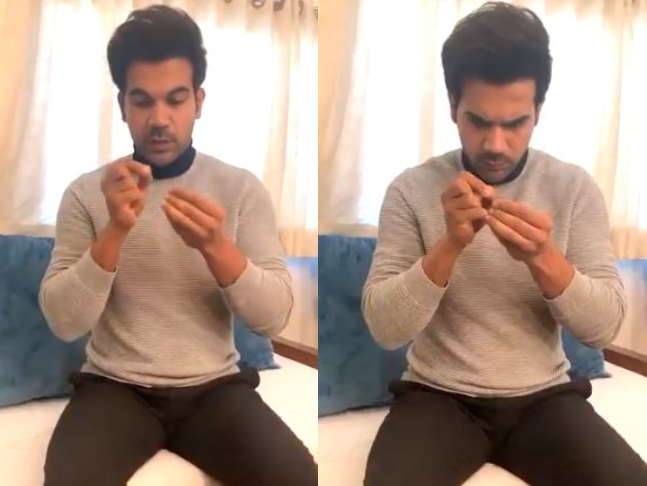 You must be living under a rock if you haven't seen videos of Bollywood celebrities taking up the much-talked about Sui Dhaaga challenge, started by Varun Dhawan and Anushka Sharma as part of promotions for their film Sui Dhaaga: Made in India. Alia Bhatt, Akshay Kumar, Aditya Roy Kapur, Karan Johar, Madhuri Dixit, Aayush Sharma and Ranbir Kapoor are a few stars who have already taken up the challenge.

The latest to join the bandwagon of stars who have tried to thread a needle in ten seconds flat was none other than Rajkummar Rao. After the actor was nominated by his Fanney Khan co-star Anil Kapoor, Rajkummar took up the challenge and totally nailed it like a pro. Sharing a video of him on Twitter, the actor thanked his Stree character for the win and wished all the best to Anushka and Varun for their film.

For the unversed, Rajkummar played a tailor in Stree and we must say, his tailoring skills have certainly come handy for the Sui Dhaaga challenge. Moreover, the actor further nominated his Stree co-star Shraddha Kapoor to take up the challenge.

Sui Dhaaga –Made in India is a film directed by Sharat Katariya and produced by Maneesh Sharma and Aditya Chopra. It is slated to release on September 28, 2018.