Advertisement
HomeCELEB CRIMEExclusive: Late Kushal Punjabi's wife Audrey Dolhen opens up on their relationship, says 'the actor was not serious about their family including son Kian' in her Police statement

TV actor Kushal Punjabi’s suicide left the entire television fraternity, his Bollywood co-stars and his fans extremely shocked. The actor was undergoing strain in his marital life with wife Audrey Dolhen who had moved to China with their three-year-old son Kian. It was reported that Audrey had allegedly refused Kushal to talk to his son Kian. If high placed sources are to be believed Kushal could not connect with his son on December 11 and 12. On December 24, he again asked Audrey to let him to talk to his son but to no avail.

Now, PeepingMoon.com has got its hands on the excerpt from her statement given to Mumbai Police. The statement read, “We had problems in our marriage but it was not a failed marriage. I never stopped Kian from talking to his father Kushal. It was Kushal who was not serious about his family. I invited him to settle down in Shanghai but he was least interested. in fact, it was me who was looking after his expenses. Kian lost interest in his father because of lack of seriousness. I tried my best to save my relationship with Kushal.” 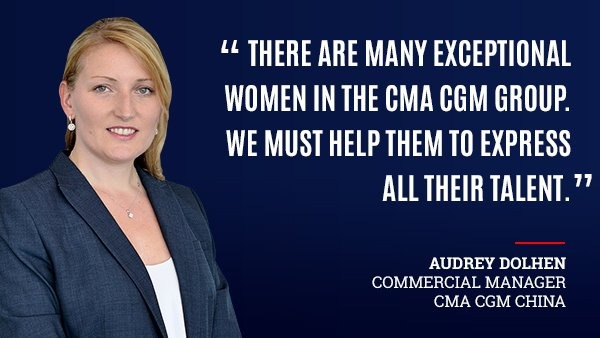 RECOMMENDED READ: PeepingMoon Exclusive: Depressed late Kushal Punjabi tried talking to his son a day before his death, but his estranged wife refused to budge !

Audrey is presently working as CCO in CMA CGM China Shipping Company. It is a maritime company and an MNC. Mentioning about why she resided in Shanghai and not in India, Audrey stated in her statement to the Mumbai Police, “I was on contract with my company and Kushal was not able to understand this. He wanted me to shift to London. It was not possible for me to quit my job. Kushal was a careless father who never bothered about his son’s future. I was at the receiving end in the marriage and not him. I was with our son Kian in France for Christmas holidays. I don’t know why I am being blamed for his death, it was Kushal who failed in our relationship.”

Kushal and Audrey had married in November 2015. Kushal’s parents had alleged that Audrey harassed him to no end and demanded a huge sum of money for a divorce. They had said that she ran away with Kian that shattered Kushal which eventually made him take his life.

Audrey has been summoned by Mumbai Police in connection with the TV actor’s suicide. She attended his prayer meet too.