Power-packed performance was what it was at Swapnil Shinde’s show at Lakmé Fashion Week Summer/Resort 2020 at JioWorld Garden, BKC. He called the collection Not the Cool Girl that was aimed at global women belonging to any religion, region, caste, colour, nationality and sexuality. The inspirations were derived from the past and present with real and fictional women like Queen Elizabeth, Wonder Woman, Vivian Ward and Swapnil’s favourite Sunny Leone who was the stunning showstopper.

Opening the show was a black/white oversized jacket over an asymmetric dress. The oversized silhouettes were seen for ballooning power sleeves and extended shoulders. Jumpsuits were sexy with will-power bodices, micro-minis were topped with jackets, bralettes and shorts were teamed with pouchy ballooning covers. 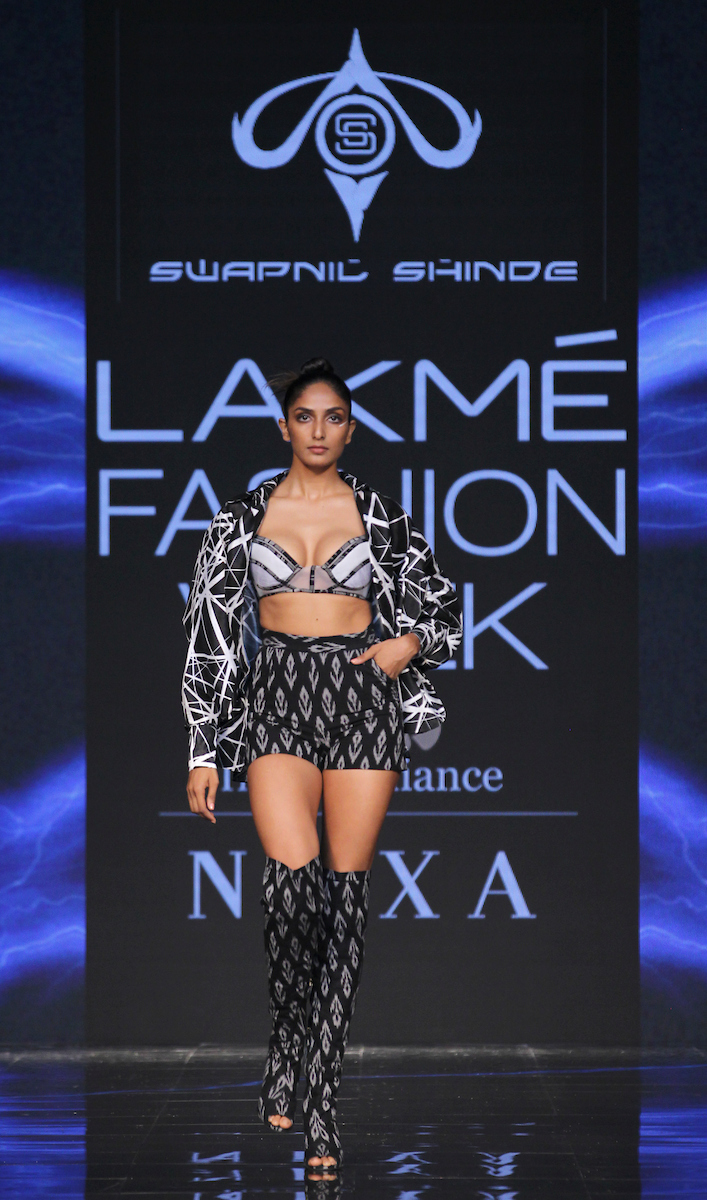 Recommended Read: Lakme Fashion Week S/R 2020: First with the next, the Gen X show gave us a fresh look at this season's trends

And Sunny Leone boldly displayed a giant, boxy, black jacket with sequinned lapels worn over a black mini with the Cinderella print and teamed with calf-high black bubble boots. Next in line at the 5 p.m. slot was Vaishali Shadangule with her collection called Madanottsava, a strong romantic bridal line with grand weaves from five different Indian states. This utterly romantic symphony of tapestry featured the beauty of the light as air Chanderi with white lotus blossoms. The six talented Indian dancers set the mood at the start of the show.

Cording was at the centre of attention for all the garments and appeared for cholis, blouses, kurtas, saris and batwing sleeved tops. Vaishali’s mastery over the art of manipulating the cords was amazing and the 3D texturing appeared on the bodice or as placements in bunches for various creations. 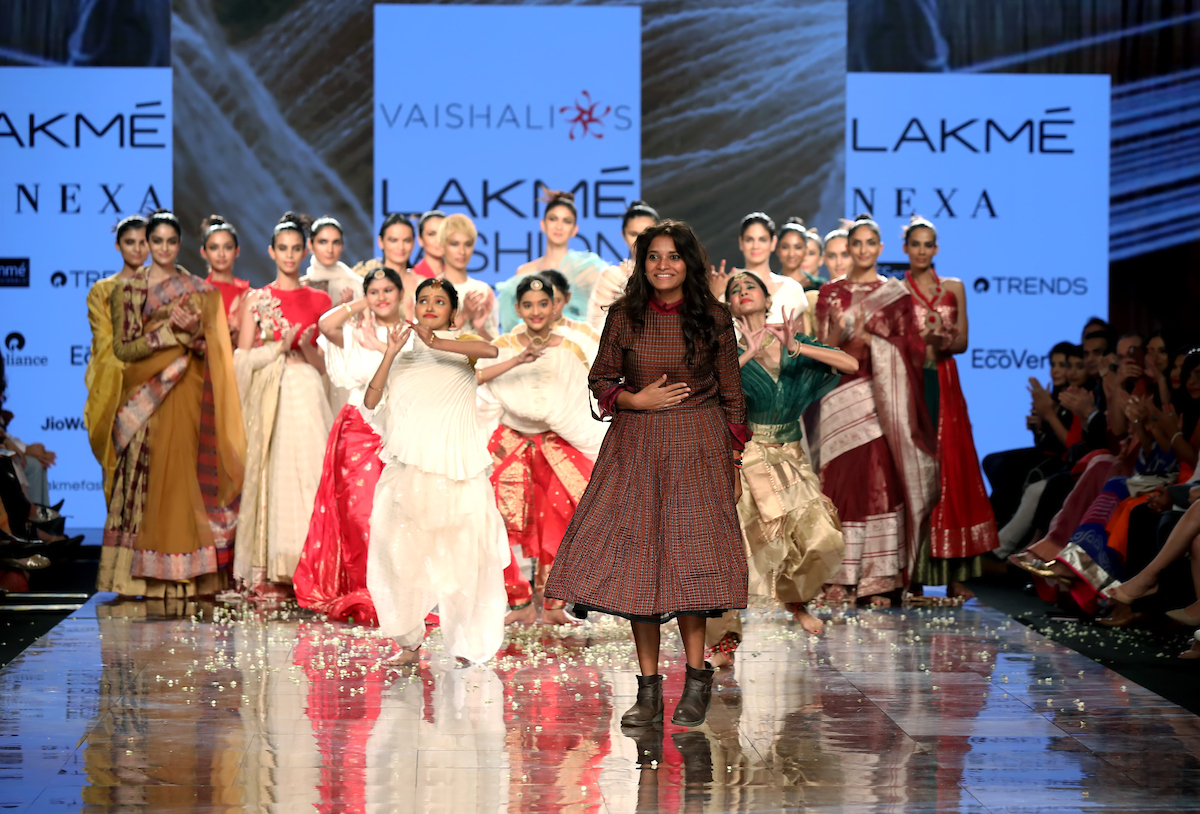 Poonawalla Breeders’ Multi-Million: Heady affair at the race with gr

Lakme Fashion Week S/R 2020: Amaare and Sunaina Khera to Kunal Rawal and Amit Aggarwal, Day 5 at the runway was all about the big-guns in fashion

Lakme Fashion Week S/R 2020: Punit Balana to Pankaj & Nidhi, Day 4 was at the runway was all things hot-n-happening!

Lakme Fashion Week S/R 2020: From Chola to House of Kotwara, Day 3 was an ode to fashion as an art-form!

Lakme Fashion Week S/R 2020: Eco-friendly, yet glamorous! Day 2 at the runway was all about sustainable and environment friendly fashion

Lakme Fashion Week S/R 2020: Swapnil Shinde, Manish Arora and Anurag Gupta, Day 1 at the runway was all about new perspective on fashion