Advertisement
HomeTELEVISION NEWSTELLY BUZZEkta Kapoor ready to face trolls for Naagin vs Covid theme; reacts to claims of Tejasswi Prakash winning Bigg Boss 15 due to Naagin 6, says ‘don’t have the power over a channel’

Ekta Kapoor ready to face trolls for Naagin vs Covid theme; reacts to claims of Tejasswi Prakash winning Bigg Boss 15 due to Naagin 6, says ‘don’t have the power over a channel’

Tejasswi Prakash was announced as the new face for Ekta Kapoor’s Naagin 6 on the grand finale of Bigg Boss 15. Minutes later, she also was crowned the season’s winner. Since then there have been trolls who have been after her life stating that the show was ‘fixed’ as she would be the new face of the channel in the brand new show. However, now Ekta has responded to these allegations and refuted them left, right and centre saying that she does not have so much power to sway the channel.

Ekta said that she never met Tejasswi before signing her for Naagin 6 and said, “I don't think I have the power to tell a channel that I want this girl as my next Naagin. I found her pretty, she clearly had a lot of love from the audience and I connected to her when I saw her and that's all that made her win. Poor girl she has to constantly defend herself. There's something about her eyes and I just had to cast her. Honestly, I've never met her except this show and when I gave her a narration now, I knew she would win when she got my evil eye, it went from Raqesh to Karan to her. I knew she would win. I felt there was some kind of luck that went to her. More than that I've done nothing."

Ekta also spoke about choosing the pandemic as the theme of the show and said, “When my friend narrated me this concept, she told me you should do this and corona is not just about the disease. It is a mind changing thing. She told me I am no longer dealing with relatable topics in the country. I actually knew at that point ke mujhe gaaliyaan padne waali hai because agar yehi kaam koi really celebrated maker karta, things would have been different. Naagin is out an out mass, commercial pulp show and there will be criticism and I am fine with it because I am not calling it corona. I want to show what people went through in the last 2 years.”

Talking about is she is ready to face the trolls, Ekta said, “I knew very well and I was sure that I will get trolled. I was ready for it. In west if you see they make shows out of real incidents and they work well. Like Titanic came out of a real incident. The pandemic is something that the US based OTT channel will do it. We are witnessing history and we all have changed in the last two years and Naagin also had to change. I made one during the pandemic and I felt I'd lost the zest. I personally felt this time will also be the same. I definitely felt there was something new in the first Naagin which was missing when I was writing a lot of the stuff later. I thought it's not just me the world has changed a lot and to deal with the pandemic in a space where the Naagin takes a revenge. I still remember everyone's face when I read it and they said it is terribly ridiculous but everyone felt it can either really work or can be really bad. I honestly believed that it was the time for me to do something that shakes the basics of the show otherwise it is always the personal revenge saga. How many times I can show the same thing." 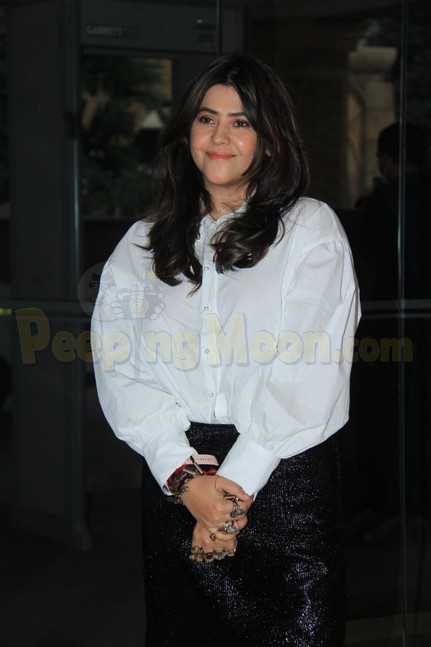 The producer also said that the pandemic has changed everyone’s life and brought fresh objective. She said, “There is serious amount of relativity and I am trying to deal it with a lot of empathy. We all have faced a lot of trauma if we can in someone way reflect some of that trauma in the show, it has been problematic. The rich has become richer and the poor have become poorer and its nobody's fault. We thought it was a time to deal with in our own way of course it will be very entertaining. I don't want to loose the empathy part. The amount of relativity I have with my staff now. I would never spend time talking to them but the last two years we were stuck in the same house and we got to know each other better. We all have changed so much."