Advertisement
HomeTELEVISION NEWSTELLY BUZZ‘Obviously in the future but right now we are just in that work zone,’ says Asim Riaz on his wedding plans with Himanshi Khurana

After Rahul Vaidya and Disha Parmar tied the knot in a fairytale wedding, all eyes are on Asim Riaz and Himanshi Khurana. The fans of Bigg Boss 13 contestants are waiting eagerly for them to get married. The actors are doing extremely well in their professional careers and command a huge fan following not only individually but also as a couple. Now, in a recent interview, Asim opened up about his marriage plans with Himanshi.

Talking about their wedding plans, Asim told an online portal, “Obviously in the future. But right now we are just in that work zone. We just want to do something for which we were working from the last 10 years, to reach those heights. We thought let’s do all this first, hum saath mein hain. Everything fine. We’re looking good.” 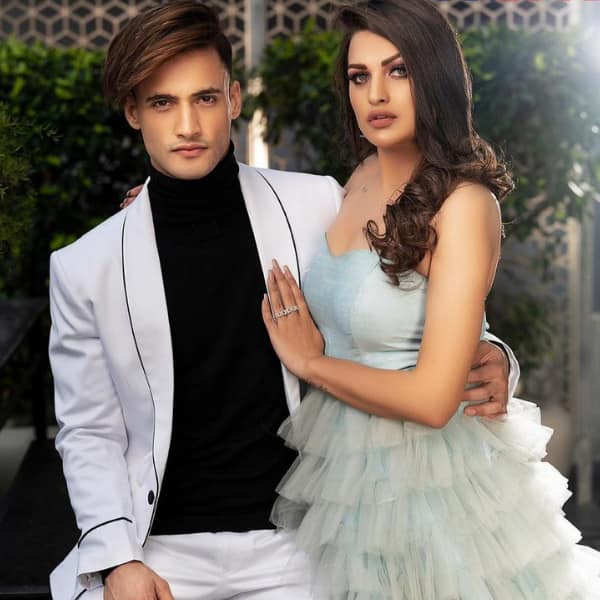 He also spoke about working on songs with Himanshi and said, “We are at a very good position right now. Starting with the songs which I had told Himanshi in Bigg Boss that I want to do a track with her where she will sing the chorus and I will do the verse. I had just said it like that but then I was working on it. So now we made a sketch of a new track, we still need to record it. She is singing the chorus and I am coming with the verse. It’s going t be really nice. I also shot another track with Himanshi which is her song, it is going to be dropping out very soon.”

Himanshi and Asim starred together in a couple of music videos that lit up the internet. Now they are gearing up for another which will be releasing soon.