Kapil Sharma has finally responded to Mukesh Khanna’s attack on his popular comedy show The Kapil Sharma Show and his co-stars. The actor had called the show ‘vulgar’ where men dressed in women clothes belittle others and deliver double entendre dialogues. He had said that he refused to appear on the show when the Mahabharat cast recently shot for an episode.

Now, Kapil has finally broken his silence and told a leading daily, “My team and I are working hard to make people smile during this crucial stage of the pandemic. When the whole world is going through a tough time, it is important to bring a smile on people’s faces. It depends on each individual ki aapko kis baat main khushi dhoondhni hai, aur kis baat main kami. I have chosen happiness and prefer to focus on my work and continue to keep doing that in the future.” 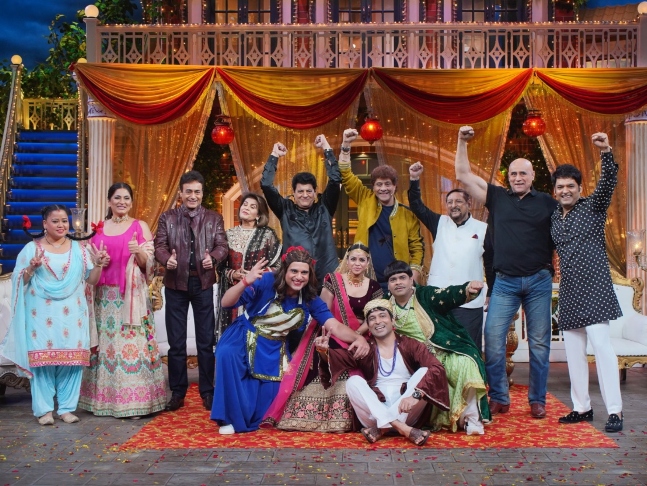 Mukesh’s absence on the Mahabharat reunion had raised quite a few eyebrows as the actor was an integral part of the iconic mythological series since he played the role of Bhishma Pitamah. Responding to his no-show, Mukesh had written on Instagram, “This question has become viral, why Bhishma Pitamah was not there in the Mahabharata show? Some say he had not been invited. Somebody says he refused it himself. It is true that Mahabharata is incomplete without Bhishma. It is true that there is no question of not inviting. It is also true that I was the one to reject the invitation.”

Gajendra Chahuhan, who played Yudhishthir on the show, had said that it was a case of ‘sour grapes’ for Mukesh as he had not been invited for the said reunion.