Sushant Singh Rajput sent the nation into a zone of shock by leaving for his heavenly abode, untimely. The 34-year-old actor died of suicide at his Bandra residence on June 14. Survived by his father KK Singh and elder sisters, Sushant bid a tearful goodbye. With the news, his family, friends and fans are shattered. Remembering Sushant, who featured in one of her most successful daily soaps-Pavitra Rishta, Ekta Kapoor recalled the time when the actor won his first award for the show.

Ekta, on Instagram, shared Anu Ranjan's post for Sushant from the ITA Awards 2010 wherein he is awarded Best Actor (Drama) Popular trophy for the portrayal of Manav. The video features his co-star Ankita Lokhande cheering for him loudly as he receives the award. Thanking Ekta, Balaji and the team of Pavitra Rishta, Sushant dedicated it to his late mother whom he lost at the age of 16. 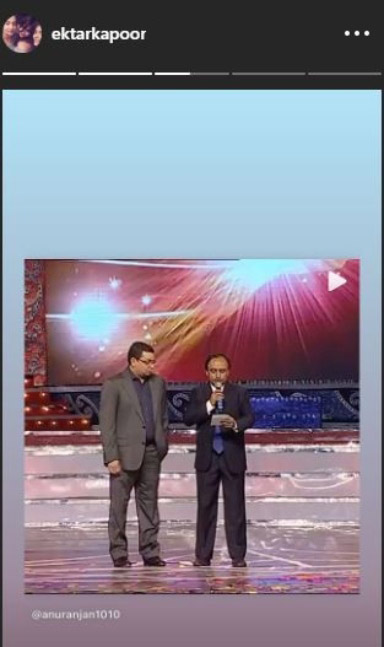 Sushant, on June 14, was found hanging by his househelp and friends. He was said to be in depression for the past six months. He was cremated by his father and sisters on June 15 in Mumbai. The family immersed his ashes in the Ganga river in Patna. As per reports, Ekta is planning a prayer meet for him in Mumbai.

Sushant's last film Dil Bechara will be getting an OTT release soon.