In a significant decision, the Maharashtra government on Sunday permitted the resumption of shootings for films, teleserials, advertisements, OTT, etc with immediate effect, an official said. The move follows several appeals from the film industry and a delegation of Bollywood bigwigs who called on Chief Minister Uddhav Thackeray in this regard last week. Accordingly, along with the gradual steps initiated under #MissionBeginAgain, the state government issued a separate set of guidelines, paving the way for the film industry to keep the show going on. Every television show maker is also looking forward to beginning the shoots soon. Taarak Mehta Ka Ooltah Chashmah's team is also gearing up for shooting amid the COVID-19 crisis.

The creator of the show, Asit Kumarr Modi said, "Our fans have been waiting to watch the new episodes and we thank the government for allowing us to shoot. Hopefully, we'll soon be able to resume the shootings after receiving the final permissions from authorities and deliver quality entertainment to our audience." The makers used the lockdown to create scripts and Asit says that a few of them have been finalised too. "We will begin shoots as early as possible and follow all the directives issued by the authorities to ensure that our cast and crew are safe. Over the last couple of months, we have been working very hard on creating new scripts and I feel optimistic that fans will like it. We have already finalised some interesting scripts," he added.

While Asit is hopeful about the future, the cast is a little skeptical. Actor Dilip Joshi, who plays Jethalal in the show, told a leading daily, “The lockdown allowed us to take a break for a long time, something that we have not done for years. Initially, we welcomed the break, but we missed the sets a lot. Abhi guidelines toh mili hain, but kitni practical hain we will have to see. It’s a mixed feeling actually. We trust Asit bhai, woh decision sabke barein mein soch kar hi lenge.” 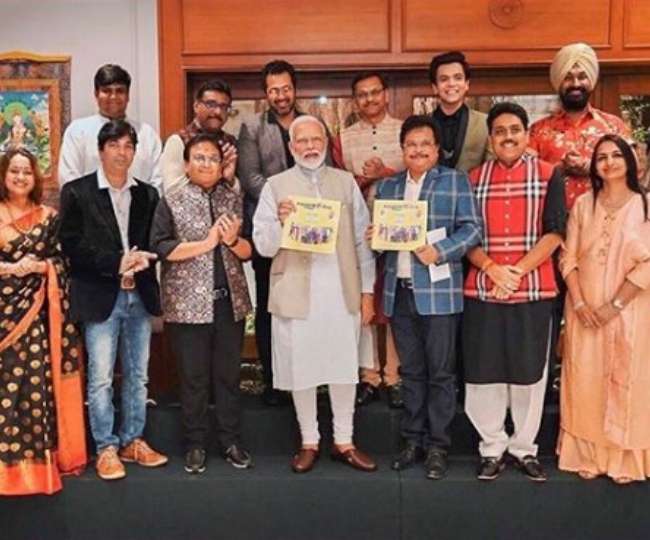 Recommended Read: Coronavirus Lockdown: With a 16-page directive, Maharashtra Government allows the resumption of shooting of films and television shows

The makers had a zoom meeting on Monday afternoon and informed the team about the development. Dilip added, “Asit bhai called us and he took our opinion on the same. Even he was a little confused. At the end of the day, he is answerable for anything that happens on the set. Today’s was a very basic meeting. Abhi aur soch vichaar karenge, detailed planning ke baad hi start hoga. We are positive about it.”

On the other hand, Palak Sidhwani, who plays Sonu in the show, seemed slightly wary about resuming shoot. “We are excited as well as a little apprehensive. Excited obviously because we will get back to doing what we love so much and apprehensive as we don’t know how things are at the ground level. We are yet to receive a confirmation on when exactly we will begin shooting but we’ve been told that we will have to follow stringent protocols to ensure our own as well as others' safety at work. Nevertheless, just the thought of shooting at Gokuldham Society is very exhilarating,” she said.