Kuch Rang Pyar Ke Aise Bhi to enter into its third season but without Erica Fernandes and Shaheer Sheikh?

Sony TV's popular show Kuch Rang Pyar Ke Aise Bhi was undoubtedly amongst the best on television till date. The show, that introduced us to the very talented and gorgeous Erica Fernandes wowed the audience with its simple story and powerful acting by Erica, Shaheer Sheikh and Supriya Pilgaonkar. And now, after conquering the TRP charts with two seasons, the show is reportedly entering into its third season soon. As per reports in a leading daily, the makers are considering a season three of Kuch Rang Pyar Ke Aise Bhi but without Erica and Shaheer as both the actors are busy with other professional commitments. The auditions for a fresh pair are in transit.

‘’The show had a great first season and then it came back with season two just after a month due to fans' demand. It is definitely coming back with a new cast because both Shaheer and Erica are busy with their respective shows. A few actors may be retained from the first two seasons. The auditions are on for the lead pair,” a source close to the show told the daily. 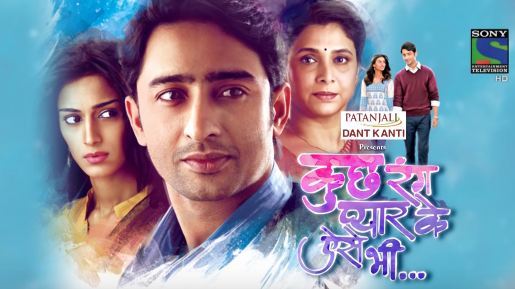 Kuch Rang Pyar Ke Aise Bhi starred Erica as Dr. Sonakshi Bose, a nutritionist and Shaheer as Dev Dixit, a business tycoon. Supriya played Shaheer's mother- Ishwari Dixit. The show revolved around the conflicts Sonakshi and Ishwari face owing to their difference in opinion. The first season aired on February 29, 2016, and ended on August 24, 2017. Soon, the show came back with its second season on September 25, the same year, all thank an extreme public demand. The second season breathed its last on November 2, 2017, after a successful run. Well, whether the makers touch upon the story of Suhana and Shubh(children of Sonakshi and Dev) or pitch upon a new story remains to be an interesting question.

Currently, Erica is seen as Prerna in Kasautii Zindagii Kay 2 while Shaheer plays Abir in Yeh Rishtey Hain Pyaar Ke, both aired on Star Plus.

‘You can also add that I refused to shoot in a slum,’ quips Rubina