Here’s the sad news for all the fans of ex-TV couple Urvashi Dholaki and Anuj Sachdeva. The Jodi who has been surviving from getting eliminated from Nach Baliye 9 since last three weeks is evicted from the show.

Reportedly, the former couple landed in bottom two with Madhurima Tuli and Vishal Aditya Singh this week and based on viewers’ votes, they had to bid adieu to the show. The ex-couple showed a lot of improvement in their performances with each passing week. Despite suffering several injuries, they did not give up and put up a great show in all their acts. However, their journey has come to end. The episode was shot last night. 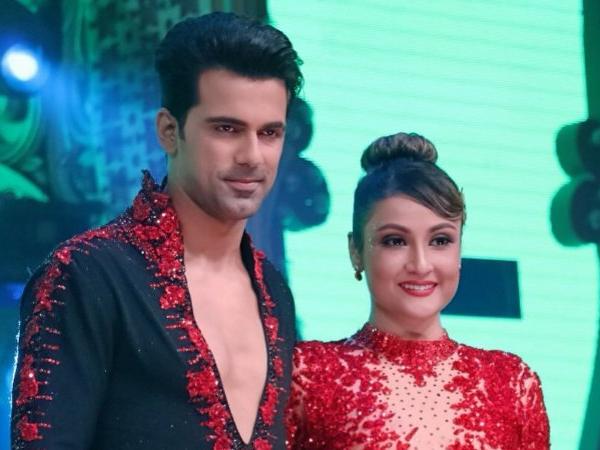 Recently, Urvashi's Sagar and Kshitij Dholakia kids had visited the sets in the family special episode. They spoke about Anuj and Urvashi's relationship and also called Anuj a very nice person, "Anuj is a very nice person, he's perfect for our mom. Whenever he bought anything for her, he would always get something for us too. Anuj is like family to us, but we never questioned our mom about her relation with Anuj. All we want is for her to be happy and if she’s happy with Anuj, we are happy for her.”

Rochelle Rao and Keith Sequeira was the first jodi to be eliminated from the show, followed by Vindu Dara Singh and his wife Dina Umarova's eviction. Last Sunday (August 18) the viewers saw wrestler Babita Phogat and his husband Vivek Suhag saying goodbye to the show.

I didn’t care what my khandaan will say, who only asked me how I was