Shraddha Arya gets injured while performing on ‘Nach Baliye 9’

Nach Baliye 9 has been enthralling audiences with its dazzling dance performances of different celebrity couples. Every week the contenders put their best foot forward to impress both the judges Raveena Tandon and Ahmed Khan to score top points and get a high five from them. Eyes set on the grand prize, audiences are finding it difficult to decide who the best performers are! On the recent shoot, Shraddha Arya had a very close shave while dancing!

Shraddha and Arya have been upping their game since day one on dance reality show. In the recent shoot, while performing, Shraddha suffered a grievous injury. 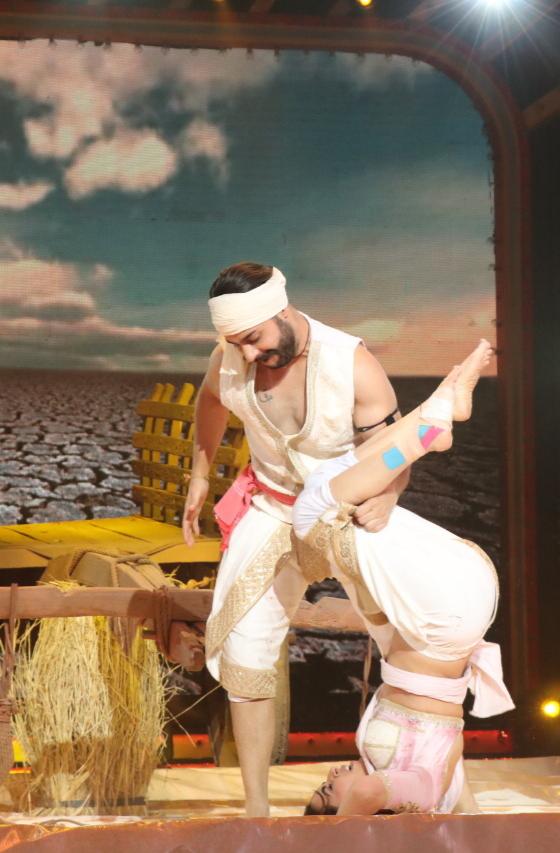 While performing a particular step, Alam lost his grip momentarily which resulted in Shraddha slipping from his arms and bumping her head on the dance floor. She even froze for a second while dancing but both the dancers completed the entire act without any issues.

Shraddha shared, “It was a very intense act for both Alam and me. Even during the rehearsals, we had to be focused to ensure that all the steps are being done properly. When we performed in front of the judges and the audience, due to a sudden slip, Alam lost his grip and that made me fall from his arms. Though I didn’t suffer any major injury at all, it definitely was a nerve-wracking experience for both of us! I got a small bump on my head because of the fall and did go blank for a second while performing. We still completed the entire performance without stopping and are sure that the audiences will love our act.”

But when I see people around, I feel we should have been harsher: Ratn