Advertisement
HomeTELEVISION NEWSTELLY BUZZThe show is all about emotions: Kareena Kapoor Khan is confident that audience will enjoy her as judge on Dance India Dance 7

The show is all about emotions: Kareena Kapoor Khan is confident that audience will enjoy her as judge on Dance India Dance 7

Kareena Kapoor Khan is all set to make her television debut as a judge on reality show Dance India Dance - Battle of the Champions, which will be co-judged by Raftaar and Bosco Martis. Recently, Karan Wahi replaced Dheeraj Dhoopar as the host of the show. DID 7 will interestingly have contestants divided into four teams, named as South Ke Thalaivas, East Ke Tigers, North Ke Nawabs and West Ke Singhams. The teams will be coached by ace choreographers Bhawna Khanduja, Sneha Kapoor, Palden Lama Mawroh and Paul Cardoz.

In a recent media interaction, Kareena was asked to comment on her decision to turn to small screen, to which she said, “Fans have accepted me in whatever I have done, and they know who Kareena is, so I am not worried about their reaction. I have always believed in taking decisions more from my heart than mind. And this show is all about emotions. People come from various backgrounds and they just need a little push to do wonders in life. I will be a friend to them. Bosco can keep a check on the technical part, and be the strict judge," as quoted by a leading daily. 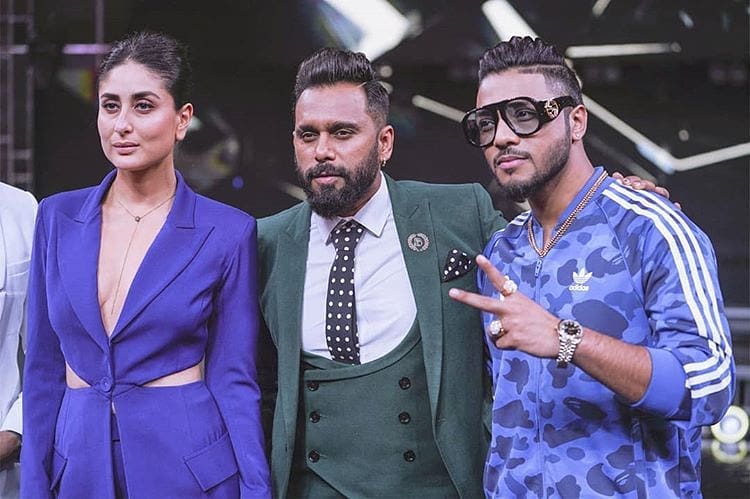 When questioned about her family's reaction to the same, Bebo replied, “Well my parents have always been so supportive of me doing anything. Saif (Ali Khan) was a little nervous about how will I manage the hectic timings. But he told me, ‘you are a star, you will do everything’.”

RECOMMENDED READ: Kapoor sisters, Kareena and Karisma, twin in black as they party their night away with Saif Ali Khan in London

Last but not the least, Kareena pointed out how the lines between mediums of entertainment are blurring and revealed that she is open to exploring the digital medium as well. "I always say never say never. You never know what comes next and which one goes on to click. We never knew Sacred Games will become such a big success. Saif picked it only because he had conviction in the story. And now we even have Meryl Streep on Netflix. If something like Sacred Games or Delhi Crime comes my way, I would be super excited to do it,” she signed off.

On the work front, Kareena has Takht, Good News and Angrezi Medium 2 in the pipeline.