Ankita Lokhande is deeply in love with her boyfriend Vicky Jain and shared a warm kiss with him at a party in Mumbai recently. A short clip of the moment has been recorded and is being circulated across social media as Ankita, gorgeous in a sequined blouse and white saree, can be seen dancing and enjoying with Vicky, handsome in traditional attire.

Ankita Lokhande kisses boyfriend Vicky Jain in this adorable video, confirms that they are definitely in love and marriage may soon be on the cards. . . For more updates follow @peeping.moon . . #ankitalokhande #actress #bollywood #beauty #couple #makeforeachother #peepingmoon

Reports of Ankita’s and Vicky’s relationship surfaced in 2018 as several quarters insisted that she had found love in the Mumbai-based businessman. While speaking to a leading daily in January, Ankita confirmed that she is “in love” with him.

Recommended Read: Yes, I am in love but no such plans of marriage yet, says Ankita Lokhande on her relationship with Vicky Jain

“He is a very nice guy. He is a businessman from Bilaspur. Yes, I am in love and you will get to know about it when the time is right,” Ankita had told the daily. 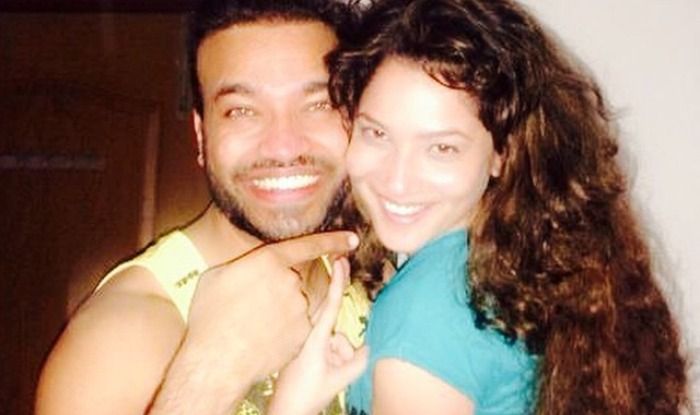 However, Ankita, in January, had also refuted rumours of her wedding to Vicky and said that she will make the announcement after she decided upon it.

Ankita Lokhande, best known for her role in the television show Pavitra Rishta, made her debut in Bollywood with Manikarnika: The Queen of Jhansi, starring Kangana Ranaut as the protagonist. Before Vicky Jain, Ankita was dating her Pavitra Rishta co-star Sushant Singh Rajput.