Akshay Kumar’s and Katrina Kaif’s Sooryavanshi has lived up to its promise of getting the audience back into theatres. Directed by Rohit Shetty, the film released on November 5 and within just three days has hit the century mark on the box office. Sooryavanshi grossed an impressive Rs 101.66 crore at worldwide box office today.

The film is an extension of Shetty’s cop universe and follows his earlier blockbuster hits of Singham, Singham Returns and Simmba. Ranveer Singh and Ajay Devgn also make cameo appearances in the film. 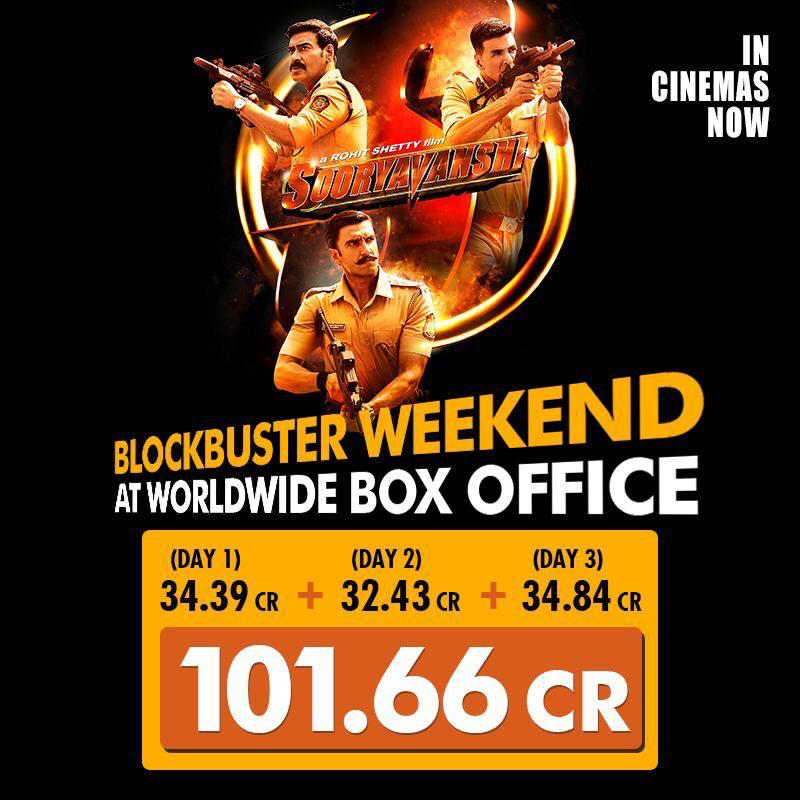 The highly-anticipated film has lived up to the expectations of the audience and the industry as it gives wholesome entertainment with the right amount of masala which has resulted in keeping the cash registers ringing at the box office.

Sooryavanshi also stars Gulshan Grover and is the first big-budget film to release after theatres reopened in Maharastra post the second Covid-19 lockdown.

KGF Chapter 2 box office collection: Yash and Sanjay Dutt’s film becomes the highest grosser in the Hindi belt over the weekend as it inches closer to Rs 200 crore mark