Akshay Kumar's, Kareena Kapoor Khan's, Kiara Advani's and Diljit Dosanjh's Good Newwz was one of the highly anticipated films of the year and ever since its release on December 27 last year, the film has been raking in moolah, thanks to a good word of mouth and rave reviews. Despite facing obstacles like protest and imposition of Section 144 in the country, the film which reunites Akshay and Kareena after a long gap, managed to draw enormous footfalls to the theatre and opened with a fantastic collection of Rs 17.56 crore.

At the end of the first week, the film minted Rs 127.90 crore. Going in the second week, Good Newwz witnessed Rs 8.10 crore on Friday followed by Rs 11.70 crore on Saturday. Now on its second Sunday, the film raked in Rs 14.40 crore, taking the total box office collection so far to Rs 162.10 crore. 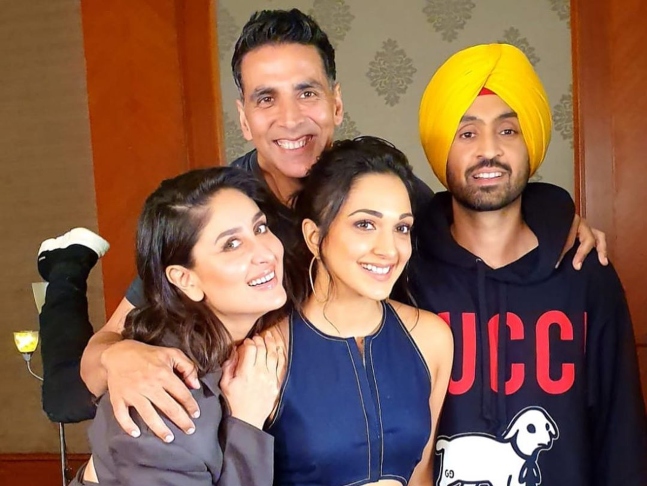 Good Newwz is presented by Zee Studios, in association with Cape Of Good Films and is a Dharma Productions film. Directed by Raj Mehta, produced by Hiroo Yash Johar, Aruna Bhatia, Karan Johar, Apoorva Mehta and Shashank Khaitan, this film revolves around two couples opting for In Vitro Fertilisation (IVF) to conceive their child.