Trade pundits closely watching box office trends have pointed out a curious comparison between Akshay Kumar’s comedy drama Housefull 4 of this Diwali and his sci-fi action film 2.0 of last November. While 2.0 had Akshay playing the antagonist opposite Rajnikanth in a double role, Housefull 4 has the Bollywood superstar backed by Bobby Deol, Riteish Deshmukh, Kriti Sanon, Kirti Kharbanda and Pooja Hegde.

Yesterday, on its fourth day of release, Housefull 4 hit box office figures out of the ball park by recording one of the single highest day collections for a comedy film – Rs. 34.56 crore. This is more than the Rs. 30.10 crore that Golmaal Again of 2017 made on its opening day. Housefull 4 also recorded the third-highest Monday of all time after Baahubali – The Conclusion and Tiger Zinda Hai.

Recommended Read: ‘Housefull 4’ back with a bang, racing to 100 crore 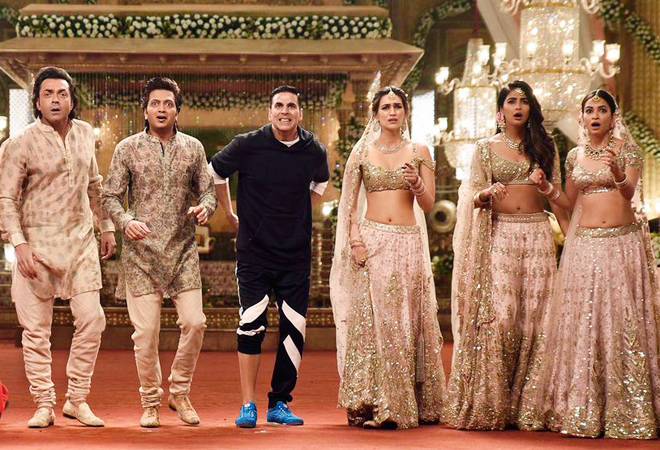 The fourth day is also the second biggest single day for Akshay after the Sunday of 2.0 (Hindi) last year which collected Rs 33.2 crore on its fourth day. Meanwhile, multiplexes are expecting Housefull 4 to pick up further today because the film has got good word of mouth publicity after the harsh reviews by critics. The country still being in the Diwali spirit and with today being Bhai Dooj, trade sources say Housefull 4 could very easily cross the Rs. 100 crore mark on its fifth day.