Salman Khan hosted the first Weekend Ka Vaar episode of Bigg Boss 15 on Saturday. While the superstar did grill contestants like Pratik Sehajpal and Jay Bhanushali for their aggression and abusive language, he was seen teasing Shamita Shetty quite a few times. During the episode, Salman schooled Pratik for breaking the lock of the bathroom despite knowing that Vidhi Pandya was bathing.

After giving Pratik an earful for his action, Salman moved to Nishant Bhat. The superstar slammed him for supporting Pratik and pointed out that Nishant didn't stop his Bigg Boss OTT friend from going wrong. Salman asked Nishant if he understands when he shouldn't support Pratik. When Nishant said understood what Salman was trying to explain, the superstar named Karan Kundrra. Soon after, Salman addressed Karan as Raj Kundra instead. Shamita, who is the sister-in-law of Raj, was taken by surprise. The housemates were left in splits. 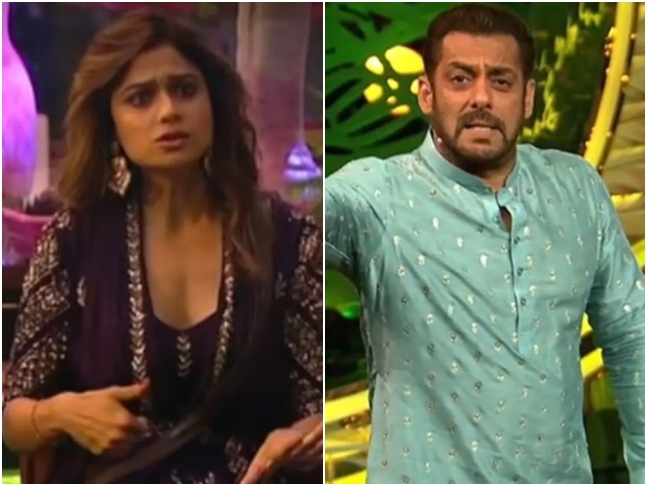 Raj, the husband of Shamita's sister Shilpa Shetty, was arrested in July by the Mumbai Crime Branch in a pornography case. After 2 months, he was released from jail. When Raj was still in judicial custody, Shamita participated in Bigg Boss OTT and told on the premiere night that she didn't want to leave her family alone but she chose to fulfil her commitment towards the makers and the show.

In a recent interview, Shamita opened up about being heavily trolled after Raj's arrest. "It was very difficult for me the first time around, because the situation was very different. I was unfortunately being heavily trolled for no fault of mine. My family also, at that point in time, felt that it's better for me to just lock myself in that house. And also it was a previous commitment, and I didn't want to back off because of everything that happened. I wanted to stick to my word and continue. As they say, ‘The show must go on’," Shamita told.