Advertisement
HomeHOLLYWOODNewsJennifer Lawrence and Cooke Maroney will say 'I Do' this weekend, check out the wedding details right here!

Jennifer Lawrence and Cooke Maroney will say 'I Do' this weekend, check out the wedding details right here!

It’s that time of the year again, no we’re not talking about winter mornings and Santa Claus, but instead, the wedding season is upon us. Just when we couldn’t get over Justin Bieber and Hailey Baldwin’s dreamy wedding we have another celebrity couple in Jennifer Lawrence and Cooke Maroney ready to walk down the aisle. Reportedly, Jennifer and Cooke are going to tie the knot this Saturday on October 19.

According to an international website, Jennifer is all set to get hitched to art gallery director Cooke Maroney on Saturday. The duo will be taking their vows in front of 150 guests at the extravagant Belcourt Of Newport castle, Rhode Island after being engaged for eight months. They have hired wedding planner Mark Seed who will be planning this extravagant wedding ceremony. The wedding will have some delectable cuisines and gourmet menu for their celebrity guests and will also have speciality cocktails in the form of either bourbon old-fashioneds or gin cucumber lavender champagnes. Reportedly the entrees will include cod beignet, sweet potato flat cakes, brussels sprouts with cured egg yolk, and smoked pork belly with pickled apple. The entrees will also include a leg of beef that has been aged from five years and is topped with forager's sauce, Wood-roasted fish with lemon-infused butter and herbs and for vegetarians smoked new potatoes, heirloom roasted carrots, and whey braised cabbage. 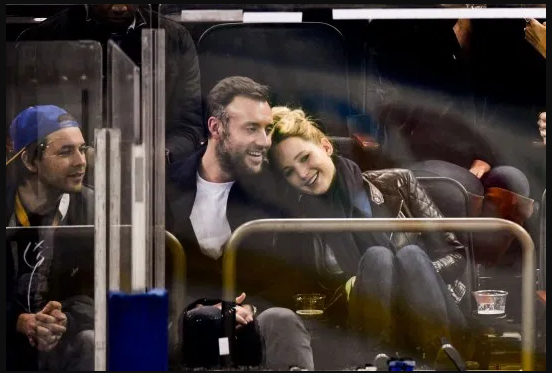 That’s not all, the dessert menu is equally lavish and will have fire-baked sourdough bread pudding with chocolate, salted caramel and fresh apple, cauldron fritters with bourbon cream and cinnamon sugar, and house-made marshmallow s'mores.

This is one wedding that everyone would like to be a part of if only for the delicious menu, isn’t it? Watch this space for more updates on JLaw’s wedding.

Disney to convert 'Kingdom Hearts' into an animated television series