Superheroes come and superheroes go and then there is Batman. The DC comics superhero is highly relatable as he is probably the only superhero in all of Marvel, DC and X-Men world who does not have a special power and is human with flaws and inhibitions. However, of all the insane villains that he battles in his Gotham city, Joker is one who is his arch nemesis. The Nolan series established him as a villain who is battling serious mental disorders and the role portrayed by Heath Ledger became the landmark of his career that even won him an Academy Award posthumously.

Now, the first teaser trailer of the film Joker starring Joaquin Phoenix in the lead just dropped and has all the fans eagerly waiting for more. If you really want a scare then you should watch Joker’s teaser trailer because the fear it invokes is real and not imaginary like spooks and ghosts. The teaser delves deeper into the Joker’s back story and his psychological bent of mind that wreaks havoc in the lives of Gotham’s citizens. The dialogue, “I used to think my life was a tragedy...but now I realize it's a comedy,” will haunt you forever and Joaquin’s portrayal will surely win him an Oscar next year. 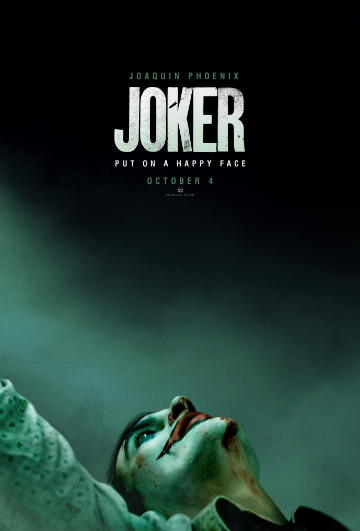 Joker attempts something bold and unprecedented in attempting to show the villain’s 79 years of existence as an origins story. It is a big gamble for director Todd Phillips as the fans have already started comparing Phoenix' Joker to that of Ledger’s. The trailer also gave us first looks at Joker's world of characters, including Sophie Dumond (Zazie Beetz), Penny Fleck (Frances Conroy), and Murray Franklin (Robert De Niro), and Thomas Wayne (Brett Cullen). A scene also hints at the fact that Bruce Wayne aka Batman also makes his appearance in the trailer as an Easter egg. If you missed it then do watch the trailer below.

Joker hits the screens on October 4.