Ranbir Kapoor and Alia Bhatt to reportedly resume work on Ayan Mukerji's 'Brahmastra' in October; film to release in June 2021?

As the film industry is gearing up to resume shoot post COVID-19 lockdown gradually, Ayan Mukerji will reportedly start with Ranbir Kapoor's, Alia Bhatt's and Amitabh Bachchan's film Brahmastra by October. Reportedly, the director who is said to be in constant touch with a team of VFX experts in London, has decided to wrap the pending 26 days of shoot in Mumbai's Film City. A source close to the mythological fantasy told a leading daily that Ayan has planned to divide the shooting schedule into two shifts of four hours each. Two separate teams with minimal crew members will be on sets adhering to the safety guidelines. The source also added that producer Karan Johar is eyeing a June 2021 release and keeping this in mind, Ayan reportedly wants to wrap the shooting by December.

"If the crisis is relatively under control, and things go as planned, the film will go back on floors in October. Ayan has broken down the shoot into two shifts — 9 am to 2 pm, followed by another from 4 pm to 9 pm. There will be two separate minimal crews for the stints, with each unit adhering to on-set safety guidelines. Since producer Karan Johar is eyeing a June 2021 release, Ayan wants to wrap up the shoot latest by December," the source told. 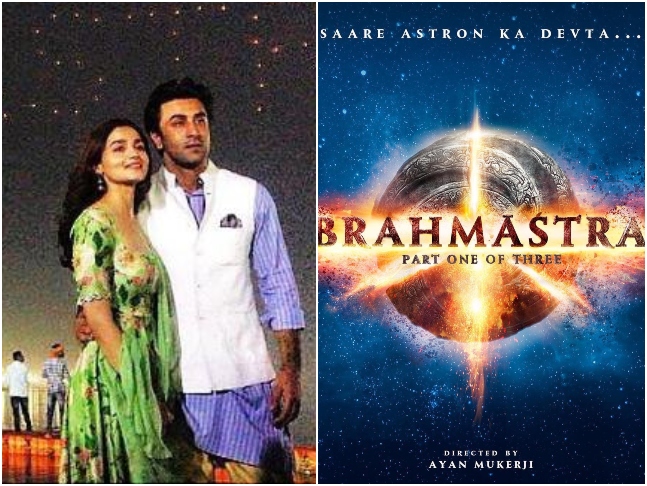 With Mr. Bachchan playing a key role in Brahmastra, the team is hopeful that the Government of Maharashtra will reverse the current regulation that doesn't permit actors and technicians above the age of 65 to shoot amid pandemic. The source further added that Ayan intends to have two sets built for the shoot and one of them will have a chroma screen for VFX purposes. It is said that Ranbir, who shot for crucial action scenes with WWE wrestler Saurav Gurjar in the previous schedule, will be shooting for the theme song picturised on him along with portions with Mr.Bachchan, Alia and Mouni Roy.